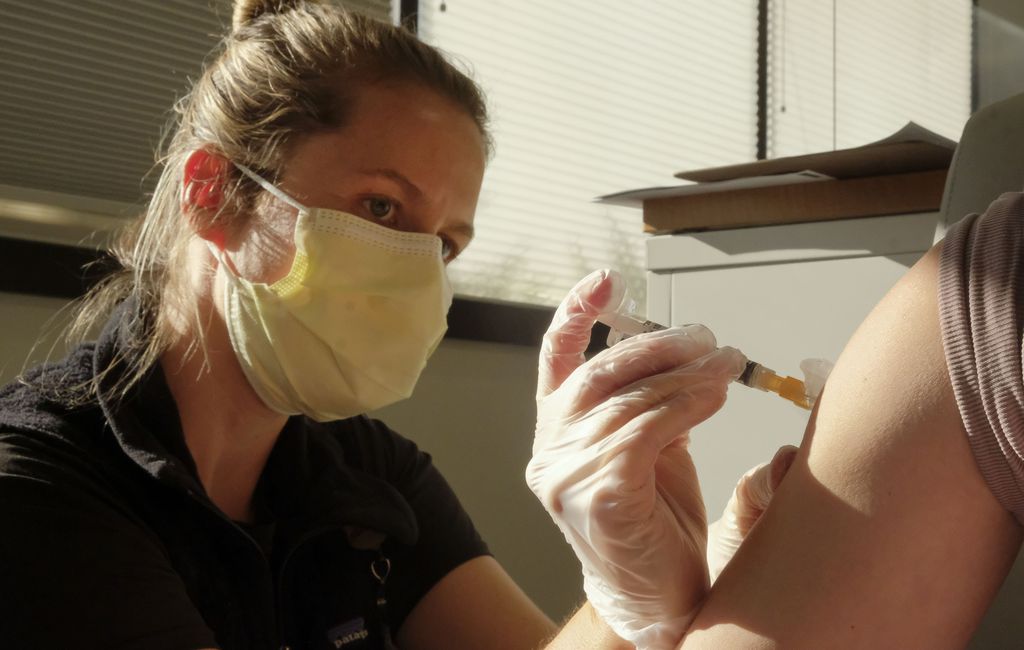 PROVO, Utah – Utah reported another 2,160 cases of COVID-19 on Monday, four more deaths and a rate of positive test results above 32.3%. State health officials have said that a positivity rate of 5% or less indicates the virus is under control.

Vaccinations reported in past day/total vaccinations • 1,193 / 48,575
Cases reported in past day/total cases • 2,160 / 285,633. Monday’s number is below the seven-day rolling average of 2,716 cases per day.
Tests reported in past day/total cases • 6,619 / 1,752,324
Percentage of positive tests • 32.2%. This is higher than the seven-day average of 30.8%.
Deaths reported in past day/total deaths • 4 / 1,305.
The deaths reported Monday are: Two Salt Lake County men, one between the ages of 65 and 84 and the other older than 85; and two women in Washington County, both over the age of 85.
Hospitalizations reported in past day/total hospitalizations • 484 / 11,240 since the outbreak began. Of those currently hospitalized, 164 are in intensive care units.
Targeting areas of Utah with high positivity rates, Utah is offering free antigen testing for COVID-19 this week in 15 counties, with funding from the federal CARES Act. The goal is to identify people who are now infectious and help slow the spread of the virus, according to a UDOH spokesman.
UDOH is encouraging anyone with even mild COVID-19 symptoms to get tested, but the tests are available to everyone — even those who do not have any symptoms. Utahns can visit the state’s mobile testing sites locator webpage to see the available locations and register.

Central and west-central Utah remained the hardest-hit areas of the state, with Millard, Beaver and Sanpete and Juab counties reporting more than 1 in every 65 residents has tested positive for the virus in the past two weeks — which means their cases are considered “active.”&nbsp;

And while rates in central Utah’s communities are lower than they were last week, new cases are becoming more prevalent in other spots.&nbsp;

As of Monday, more than 1 in 70 residents had active infections in twelve of Utah’s 99 “small areas,” used by state officials to study health trends. That’s up from just four a week ago,&nbsp;with most of the growth in Utah County.

The FBI and other federal agencies are cautioning the public about fraud schemes related to COVID-19 vaccines, in which scammers try to collect personal information and money. The FBI warns against accepting invitations to pay a deposit or fee for early access to a vaccine, or to pay out of pocket to put your name on a waiting list. You can report COVID-19 fraud to 1-800-CALL-FBI.
Related Topics:
Up Next