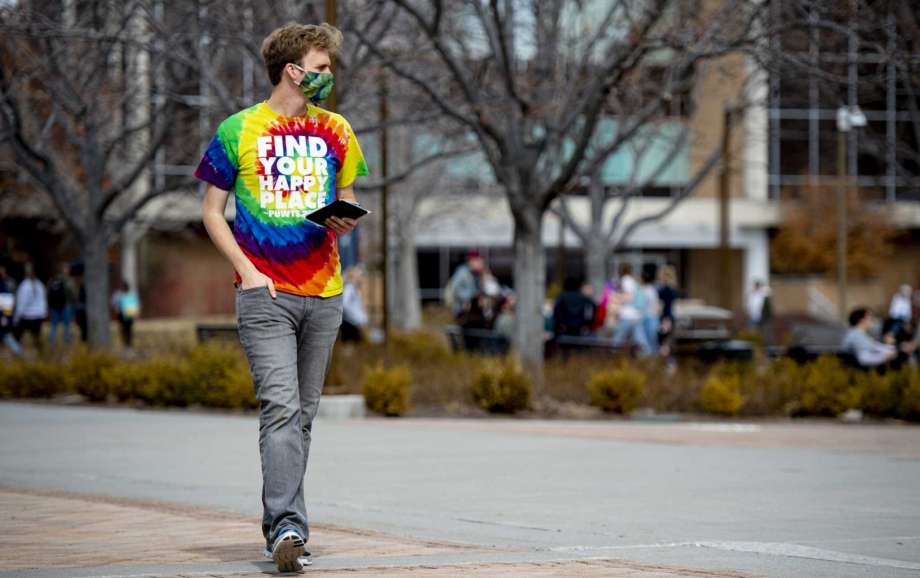 PROVO, Utah — Students at Brigham Young University (BYU) wore rainbow colors this week in support of the LGBTQ campus community, a year after the school said what it characterized as “same-sex romantic behavior” was prohibited and would lead to discipline under the school code.

“Color The Campus” organizer Bradley Talbot said even though it was a year ago, LGBTQ students on the northern Utah private campus continue to face challenges, KUTV-TV reported . “It needs to be addressed and it still hasn’t,” he said.

Students at BYU illuminated the letter “Y” on a mountain overlooking the Provo campus on Thursday night with rainbow colors in a display meant to send a message to the religious school.

Last February, BYU deleted the words “homosexual behavior” from the school’s honor code, causing confusion among LGBTQ students over what is and what is not allowed.

The code prohibited sexual activity outside of marriage, but same-sex couples publicly lauded the code change and shared pictures of themselves holding hands and kissing their partners. Church leaders a month later clarified the change in a statement saying any “same-sex romance” was a violation of the school’s honor code.

Organizers of the one-year anniversary marking the rule change said they were frustrated that school officials never explained the decision. “There has been silence from BYU since then with no explanation as to why that occurred. It was very harmful and we are still feeling that today,” Talbot told KUTV-TV.

In response to the push to wear rainbow colors, photos were shared online encouraging people to carry umbrellas to campus as a counter-protest. The flyers included the word “FamProc,” a reference to “The Family: A Proclamation to the World,” which is a statement that defines the position of leaders from The Church of Jesus Christ of Latter-day Saints on marriage and gender roles.

The university said in a post on Twitter that the fliers were not “a university-approved/sponsored event” and that efforts were being made to have them removed.

Top rental lease land mines you need to look out for