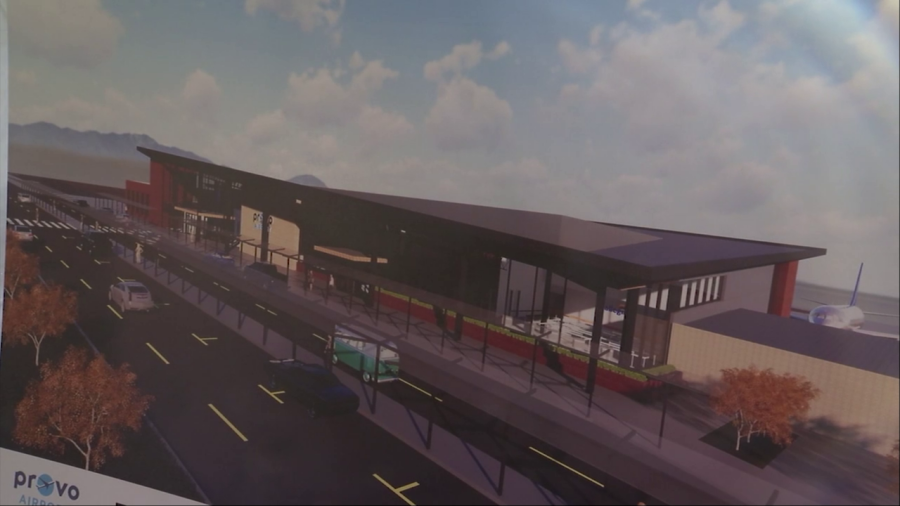 PROVO, Utah — The Provo City Airport has seen huge losses due to COVID-19, going from 20 flights per week to six, but the airport manager says they’re still open and going full speed ahead with construction on their new terminal.

From the dump trucks to the vehicles in the distance, the airport manager Steve Gleason, points out the ground composite that their new terminal will be built on.

The time for expanding is not ideal, but Gleason has had his eye on a piece of property for about 20 years and the owner said he’s finally, willing to sell.

The land is a little more than 29 acres and Gleason said they’ve had minor problems with the FAA requirements for on encroaching structures near airport land.

The owner of the acreage leases portions out for agricultural purposes, but sometimes, Gleason said the people put structures right along the fence line.

“The other problem we’re having is when an animal dies, they’ll often just throw it over the fence into our property,” said Gleason.

It’s a minor problem, said Gleason, but is still one of the issues he brought forward to the Provo City Council on Tuesday.

John Borget, with Provo City Administrative Services, said the majority of the council members are in favor of the purchase even though it will cost $4.8 million.

At first, Borget said the council planned on pulling the funds from the city’s general fund, used to help pay for road damage and any other “rainy day” needs for the city.

Due to the uncertainty of COVID-19 and what their city members might need in the next coming months, Borget proposed creating an inter-fund loan, pulling from their Energy funds instead.

“Once the economy gets back to normal and once we get our terminal built, we’re hopeful the airport will be able to make a portion or all of that payment,” said Borget.

The loan would go for 10 years and the airport would pay interest.

“It’s a lot of money and it’s going to still be a hit,” said Gleason. “But at least we’re not going to tap into the City’s rainy day fund and the energy department is guaranteed to get this money back.”

In addition to the loan, Gleason said they plan on applying for a federal grant, meaning the FAA would essentially pay for the property purchase, and the airport would be able to use the land.

“It makes sense for us to buy land because with grants we wind up getting something at the end of it,” said Gleason.

The Provo City Council will review the inter-fund loan plan in about two weeks, where it will then be submitted for public comment.

Provo and Orem concerned census will not include students