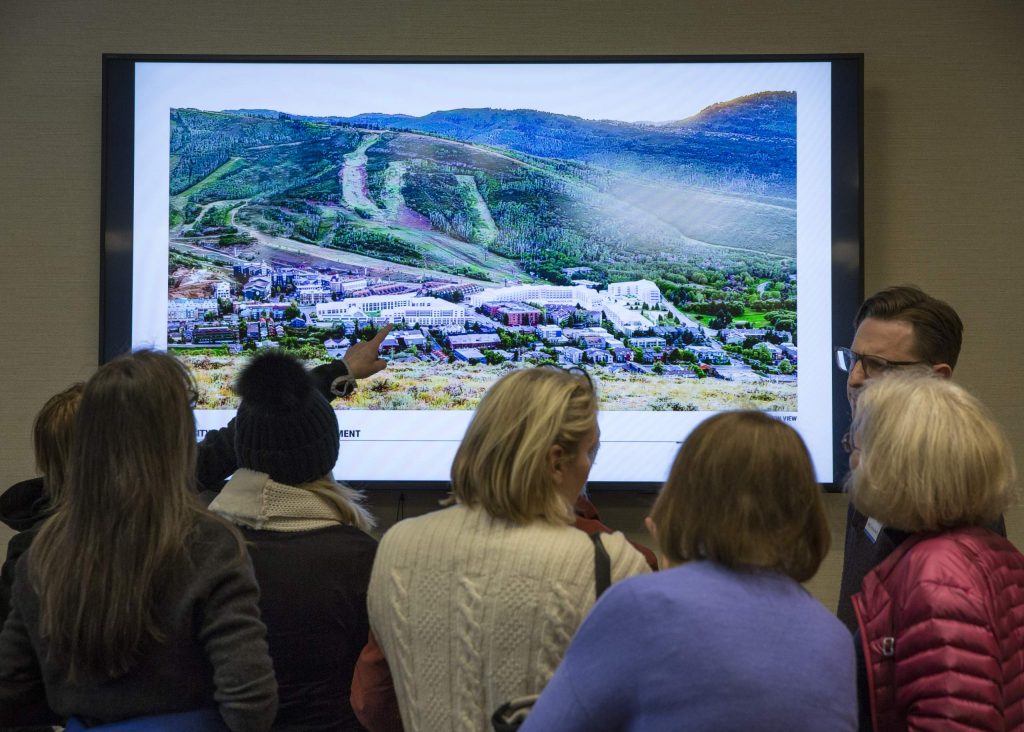 PROVO, Utah – The Provo firm that plans to acquire the Park City Mountain Resort parking lots for a major development indicated in late April it intends to continue to pursue the deal with PCMR owner Vail Resorts regardless of the economic convulsions caused by the spread of the novel coronavirus.

PEG Companies in the spring of 2019 reached an agreement with Vail Resorts for the lots, but the acquisition has not been finalized and is not expected to be until after the Park City Planning Commission casts a vote on the project. PEG Companies in February submitted an application at City Hall for the project, but there has been limited movement since then. PEG Companies unveiled the proposal to the public just before the coronavirus forced broad shutdowns.

Robert Schmidt, the president of PEG Development, provided written answers to a Park Record inquiry about the status of the acquisition and the development amid the spread of the sickness. He described PEG Companies as moving forward with the deal, saying the development of the PCMR lots is seen as a project that will not depend on the conditions of today or the coming months.

“PEG views the economic issues currently being experienced as a short term (short term being relative, but several months or a year) issue and this project has a duration that is long term,” Schmidt said.

PEG Companies has previously said a groundbreaking is desired approximately one to two years after the filing of the application. The timeline, though, will hinge on the Planning Commission process. A Planning Commission review sometimes stretches longer than a landowner or developer anticipates, meaning timelines outlined early in the process are oftentimes overly confident.

Schmidt also said the project, as designed, remains economically viable. He said the timeline for construction puts the development several years out. The project could assist the community as it moves out of the downturn, he said.

Schmidt, meanwhile, said PEG Companies has confidence it will be able to raise the funds needed for the project.

“PEG is capable of securing the necessary financing at the appropriate time. Again, due to the timelines associated with this project, we don’t anticipate difficulty securing the needed financing,” he said.

PEG Companies plans to acquire 10 acres from Vail Resorts — the upper lot and two lower ones — for a large development. The application contemplates condominiums, a hotel, retailers and restaurants. The project would also include residential units that are set aside as affordable and others for employee housing. Large garages for skiers and snowboarders are proposed to account for the loss of the existing parking spaces that will be built upon. The developers envision a one-way traffic loop, bicycle lanes and sidewalks on nearby streets, transit improvements and a location for a National Ability Center building.

The project blueprints are based on a 1990s-era overall development approval secured by a former owner of PCMR. The 1990s approval also involved the locations where Marriott’s Mountainside and the Legacy Lodge were eventually built. PEG Companies must secure another, more detailed approval from the Planning Commission as the panel weighs whether the proposal jibes with what was endorsed in the 1990s. Schmidt has previously described the PCMR lots as unique among North American mountain resorts, saying at the time the agreement was announced that the land is among the last substantial base-area parcels available for development at the level that is under consideration