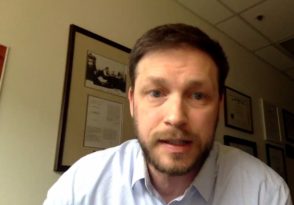 PROVO, Utah — Scientists at the University of Utah are exploring the use of a common antidepressant to treat COVID-19.

Fluvoxamine, also known as Luvox, is a cheap and widely prescribed drug used to treat depression. Doctors in Europe prescribe it more commonly than those in the United States, but it shares the same class of drugs (SSRIs) as Paxil and Prozac.

Psychiatrists at Washington University in St. Louis first observed that the antidepressant Luvox could be an effective treatment for COVID-19.

Now, researchers at the University of Utah are conducting a Phase 3 clinical trial to determine whether it’s safe and effective enough to be used for treating patients as soon as they come down with symptoms of the coronavirus infection.

In the early studies, it was shown to be effective in reducing hospitalization and death from the disease.

Dr. Adam Spivak, an infectious disease specialist at the U, told a news conference today it targets a receptor  called Sigma-1, responsible for cytokine releases in the body. Researchers think the uncontrolled release of cytokines causes respiratory distress and other severe symptoms of COVID-19.

“There’s a bunch of them that are what we call ‘pro-inflammatory’, and they are absolutely the major drivers of what gets people sick from this disease,” Dr. Spivak told an online meeting with reporters on Thursday.

U of U Health studying antidepressant as treatment for COVID-19