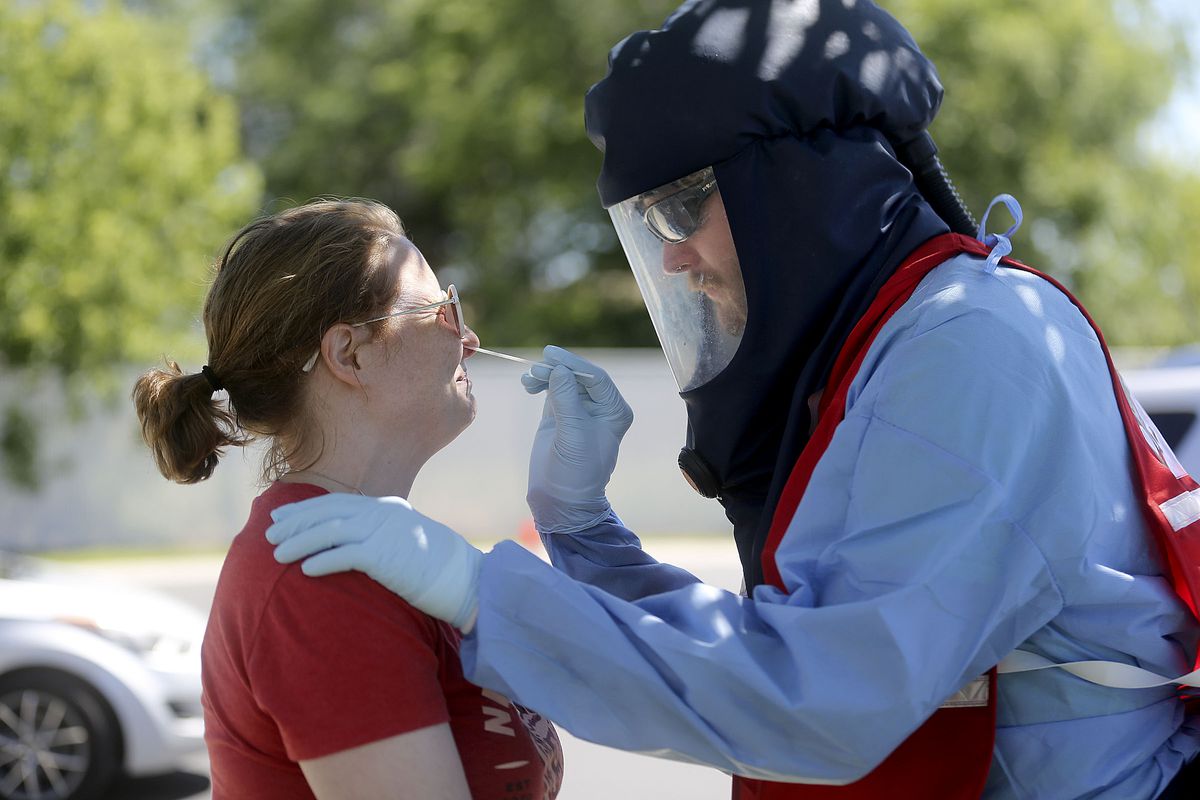 PROVO, Utah – The new strain of COVID-19 first reported in Great Britain has been found next door in Colorado, and Utah officials know it’s probably only a matter of time before the variant turns up here and in other states.

Health workers are already watching out for the variant, which the current vaccines are believed to be effective against, by testing a random group of positive samples daily.

“We’re ramped up and we’re looking for it,” Utah Department of Health spokesman Tom Hudachko said. Currently, the state is able to manually test about 100 samples a week for the variant, but that number will jump to about 1,500 samples every other day once new equipment purchased with federal COVID-19 relief funds arrives in a week or two, he said.

The news comes as another 2,736 cases of COVID-19 were reported in Utah Tuesday, along with an additional 16 deaths.

The variant, considered more contagious, was found in a man in his 20s who is in isolation southeast of Denver and has no travel history, The Associated Press reported.

“It looks like it spreads quicker and more easily. So having a variant out there that’s more transmissible is obviously a concern. But the good news is that it does look like the vaccines that have been approved so far will be effective against it,” Hudachko said.

Should the variant be found in Utah, Hudachko said a public announcement would be made and the current restrictions in place likely reviewed. In the meantime, he said, the existence of the variant makes precautious such as wearing masks and staying home when sick more important than ever.

The effects of the December holidays on the state’s case numbers may not be clear for several weeks, according to Dr. Todd Vento, an infectious disease specialist at Intermountain Healthcare. Utah’s test positivity rate, averaging around 24%, is in the top 10 nationwide.

“We’re certainly concerned because that represents a high level of community transmission,” Vento said. However, he said Utah’s hospitalization numbers have “plateaued and declined” over the post-Thanksgiving weeks even as the nation saw an overall surge.

Whether that will be true for Christmas and other holidays, including New Year’s Eve, remains to be seen, Vento said.

“Our main concern with holiday exposure is the fact that Christmas will be different than Thanksgiving because it’s an extended period of exposure for people interacting. So all of those things — time with others and time with more people in close contact — can increase the risk for exposure,” he said.

Utahns who believe they may have been exposed to the novel coronavirus should “say, ‘I should actually put myself essentially in a quarantine state and not run the risk of going out and exposing to others if I develop the infection’ because it may be asymptomatic,” as about half of the cases are, Vento said.

While they should avoid others for 10 to 14 days, the doctor said testing for COVID-19 shouldn’t be done too soon. Vento advised waiting five to seven days from the date of exposure to ensure any virus has had enough time to incubate so it can be detected.

The recommendation for self-quarantine and subsequent testing, he said, applies to anyone who gathered with people outside those whom they live with during the holidays and those who have “been in a situation where you’ve had a high-risk exposure — unmasked, close contact, extended period — right there, that’s called Christmas dinner.”

Even as more Utahns are being vaccinated, the same recommendations for preventing the spread of the virus apply that include wearing masks, Vento said. Speaking to reporters before the virus variant was discovered in the United States, he said “good, solid preventive measures” will still work against it.

The doctor warned against thinking, “Oh, good, we’ve got the vaccine. We’re done” with the pandemic.

He suggested, instead, exercising “expectation management for yourself and committing for the long haul.”

Front-line hospital health care workers have been receiving doses of vaccine since earlier this month and this week, long-term care facility residents and staff started getting vaccinated, with first responders, teachers and school staff to follow.

As Utah reports 21 more coronavirus deaths, the high rate of positive tests is a warning not to gather, doctor says