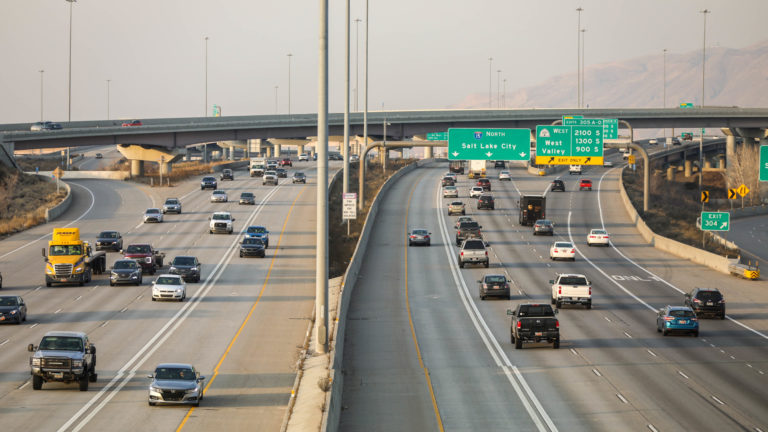 Utah — The global pandemic from COVID-19 has left a terrible impact on Utah, and not just regarding public health and the economy.  State officials say Utahns are becoming much more dangerous on the roads.  Representatives from UDOT and UHP say fatalities jumped last year, even though the amount of traffic has gone way down.

During the course of the COVID-19 pandemic, police officers and UHP troopers had to maintain COVID-19 safety precautions, just like the rest of us.  So, there were some things they didn’t do over most of 2020 that they otherwise would normally do.

“We didn’t do a lot of our big enforcement efforts on holiday weekends and organized DUI blitzes and things like that we try to do on a regular basis to keep emphasis on these issues,” said UHP Colonel Michael Rapich.

However, safety officials say the trends they saw over the 2020 calendar year are truly unsettling.   According to Rapich, there were 276 deaths on Utah roads in 2020, which accounts for an 11% jump despite the fact that there was a 13% decrease in the number of cars on the roads..  He says DUI arrests went up, DUI fatalities went up and the number of tickets for people driving over 100 miles an hour skyrocketed.

Also, Rapich says the number of pursuits spiked by roughly 50%.  Plus, there was an increase in the number of wrong-way fatalities.

The problem, according to UDOT Executive Director Carlos Braceras, is bad decisions being made by Utah drivers, even though we all seem to believe we care deeply about road safety.  Braceras says 82% of people they polled say they care about keeping safe on the freeways, with the majority claiming they cared more about road safety than their friends.

He said, “We place ourselves on this high level, this high pedestal of how much we care, but, when you look at the truth and you start to ask questions about some of [our] behavior, [we’re] engaged in those dangerous behaviors, as well.”

Braceras says we keep doing the things we’re told not to.

“When we get to a stoplight, I know you all have seen this, people pick up their phones and they get a quick opportunity to catch up on their texting or their emails.”

Plus, things are not looking good for 2021.  By March 11, 46 people had died on Utah roads which is roughly the same we saw last year, and not enough of us are making good decisions when we’re traveling.

Utah Highway Patrol and UDOT are joining together to launch a new campaign designed to keep people focused on the roads.

Utah increases COVID-19 vaccine eligibility, those with underlying medical conditions to be vaccinated