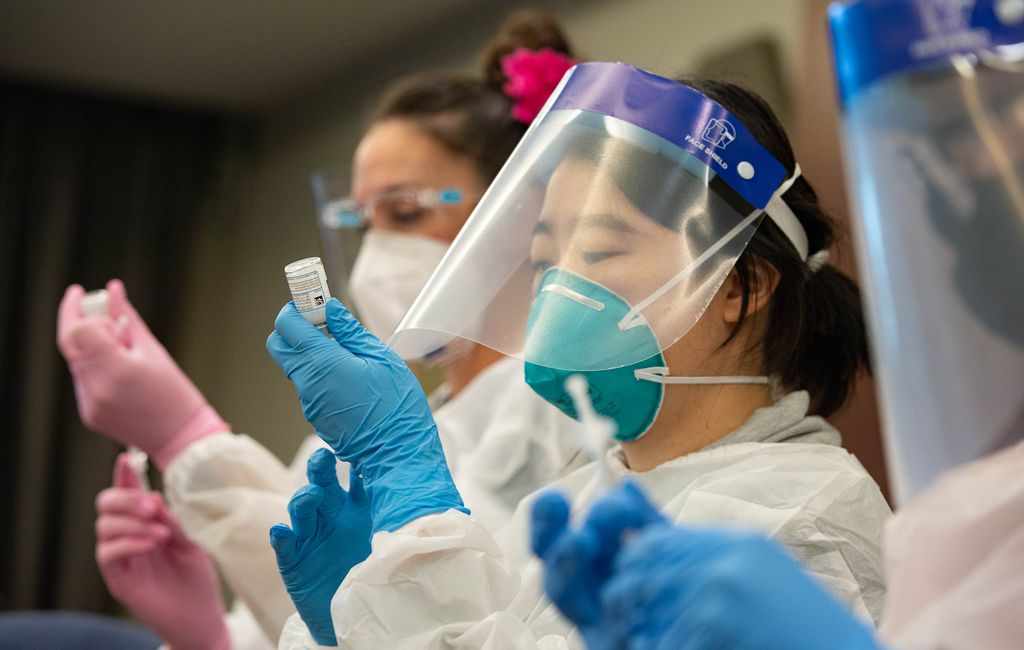 For the past week, the state has averaged 2,288 new positive test results a day, the Utah Department of Health reported. That’s 255 more than the previous day’s seven-day average.

Utah’s death toll from the coronavirus rose to 1,269 on Thursday, with 13 fatalities reported since Thursday. UDOH identified those 13 Utahns as:

• A Tooele County woman older than 85.

Utah’s intensive care units were 81.3% occupied as of Thursday, but 85.4% of ICU beds in the state’s largest “referral” hospitals were filled.

The state processed 11,412 tests in the 24-hour period ending midday Thursday. The positivity rate for tests over the last week is 24.4% — an indication, health experts say, that many people with the virus still have not been tested.

UDOH reported 6,230 more vaccines distributed since Wednesday’s report — bringing the total number of residents who have received the shots to 30,200. That’s nearly the same number as the previous two days combined, and reflects the expansion of the vaccine to long-term care facilities and some first responders.

Before Thursday’s report was released, Cox warned Utahns that the state would see “a big increase in cases.”