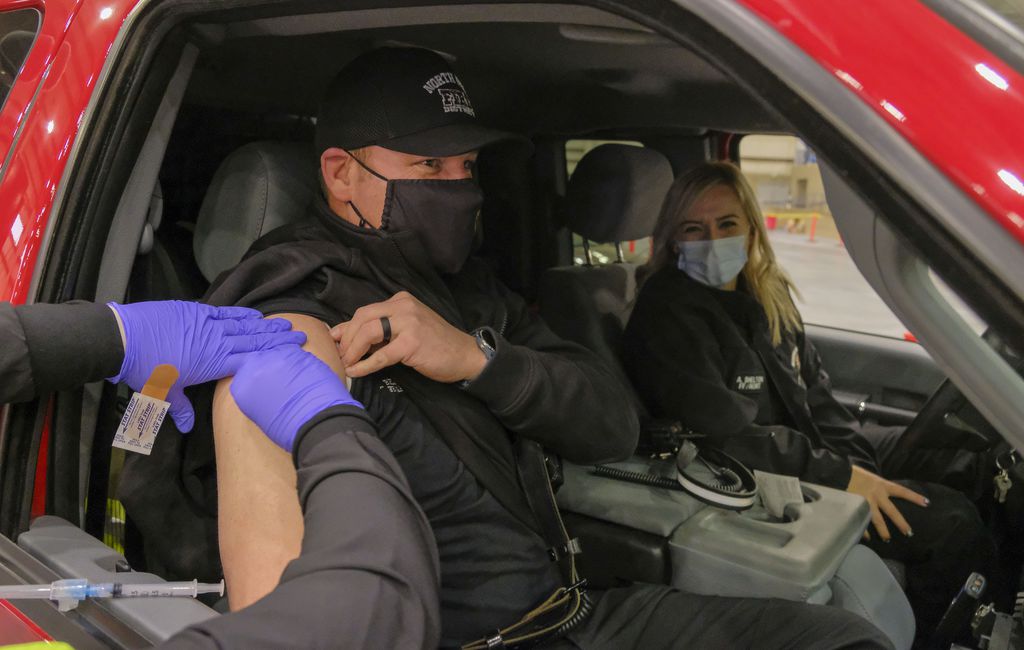 PROVO, Utah – Utah’s post-holiday surge in coronavirus infections showed signs of easing Saturday with another 5,042 cases reported over the past two days as the slow pace of vaccinations continued to pick up speed.

Still, the state’s seven-day average increased to 2,506 new positive test results a day, the Utah Department of Health reported Saturday when it released numbers for both Saturday and the New Year’s holiday. That’s 218 more than the previous day’s seven-day average, an increase attributable to Thursday’s record-setting day for new infections.

The pandemic has so far shortened the lives of 1,294 Utahns, with the state’s death toll from the coronavirus increasing by 25 fatalities reported over the preceding two days. UDOH identified those most recent deaths, 12 men and 13 women, as follows:

• Six Salt Lake County residents, five between the ages of 65 and 84 and a woman older than 85.

• Two San Juan County residents, both between the ages of 25 and 44.

The state processed 14,900 tests in the 48-hour period ending midday Saturday. The positivity rate for tests over the last week increased to 27.4%, indicating many infections may be going undetected.

UDOH reported 16,174 more vaccines distributed since Thursday’s report — bringing the total number of residents who have received the shots to 46,374.