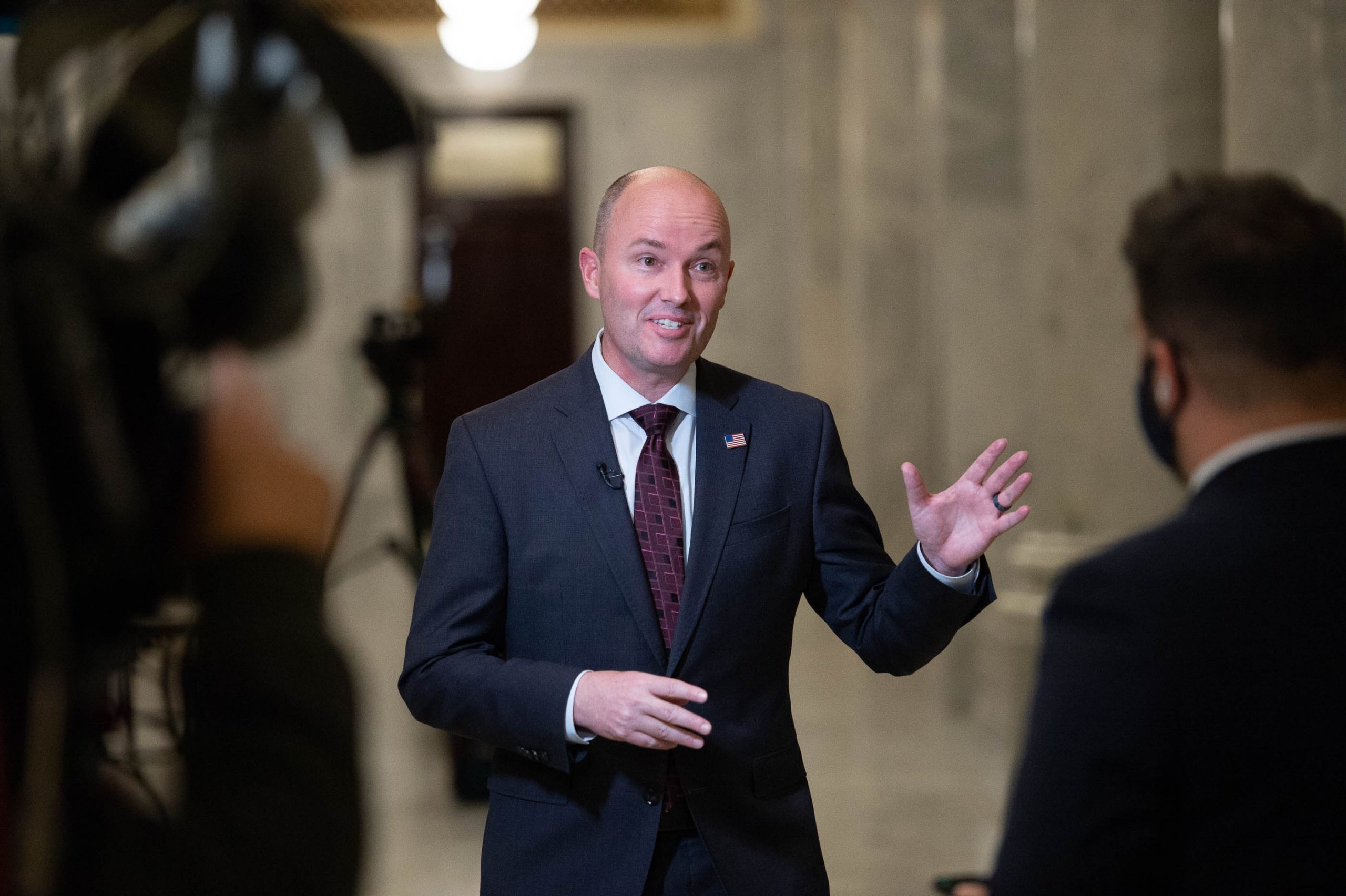 PROVO, Utah – The Utah House voted Thursday night in favor of a bill that seeks to rein in the powers of the governor and the health department during a long-term emergency — the culmination of a long power struggle between the executive branch and lawmakers who feel they’ve taken a backseat during the coronavirus pandemic.

Rep. Val Peterson, R-Orem, said Thursday that the proposal will ensure that there are “appropriate checks and balances” between the branches of government.

In the first month of an emergency, Peterson said the governor’s ability to respond nimbly to a crisis with emergency orders would remain unchanged.

“But the one thing that was never really envisioned in this part of the code was a long-term pandemic,” he said. “And so as we’ve worked through that, this bill really looks to the future of how we’re going to deal with those types of emergencies.”

If the governor wants a state of emergency to last beyond 30 days, the bill would give the Legislature the power to weigh in with an emergency response committee made up of current legislative leadership and other lawmakers who have experience relevant to the situation. If appropriate, that committee would solicit public input on what comes next.

The Legislature or a county council or commission would also have the ability under SB195 to terminate “at any time” an “order of constraint” — or an order that applies to everyone or nearly everyone, like a stay-at-home mandate or a mask mandate — that’s issued by a local health department. And it would cap fines for individuals violating public health orders at $5,000 per violation, down from a $10,000 maximum currently.

Under an amendment the House adopted Thursday from Rep. Mark Strong, R-Bluffdale, the bill would also prohibit any restrictions on a religious gathering during an emergency that is harsher than on any “relevantly similar” gathering.

That amendment requires that “reasonable accommodations” are made for religious exercise and restricts a government to using “the least restrictive means available to accomplish a compelling government interest.”

The previous version of the bill included a section on religious gatherings, but Strong said he thought that section “should be stronger.”

Rep. Phil Lyman, R-Blanding, also attempted to amend the bill on the floor on Thursday. His proposal, which ultimately failed, would have eliminated the health department’s ability to issue public health mandates, shifting that authority instead to the governor, and would have removed the option for an order to require people to wear masks.

Under the bill “they can order people to stay at home, they can quarantine, they can do all these things — but they couldn’t order masking,” he explained.

Lyman has been an outspoken critic of many COVID-19 restrictions and of masks in particular.

In making a case for these changes on Thursday, Lyman argued that there’s an economic and social cost to broad public health orders and that an elected official who is accountable to the voters in a way health department officials are not should be the one making those decisions.

“It’s called political accountability, that when a person makes an order that may affect people negatively, that they are politically accountable to those people that they affect,” he said. “And so that’s the main impetus of this is to change the health orders, the emergency orders, so that the governor himself issues this.”

Peterson spoke against that amendment, noting that legislators had worked with stakeholders in the executive branch to find a balance on the current proposal. As drafted, he said, the bill would create a “much better process” than the status quo, and he urged his colleagues to support the proposal that had garnered consensus.

SB195 passed with a 68-4 vote, with Lyman joining three Democrats in voting against it. It moved back to the Senate on Friday for concurrence with the religious amendments and was unanimously approved. Now it goes to the governor for his signature or veto.