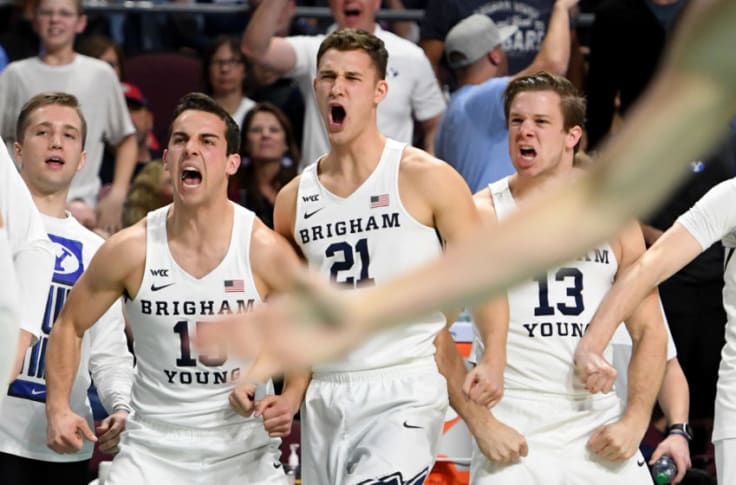 PROVO, Utah – With all the schedule changes, here’s a quick look at what’s left on the 2021 BYU basketball schedule.

BYU’s games against San Diego have been canceled this season as the Toreros are on a 14-day pause due to COVID-19 protocols.

BYU arrived in Portland on Wednesday. The Cougars gear up for a Pilots team that has won only seven conference games under head coach Terry Porter and is currently winless this season in the league. Portland is in the bottom 50 of the NET rankings. BYU hasn’t lost a game against Portland in five years.

The second time this season that a BYU/Gonzaga game has been moved up. It’s a smart move by the teams and the WCC to move this game up. It’s a Quadrant 1 opponent for both teams, so they each wanted to make sure this game was played.

Three days after the Gonzaga game is a home tilt with Saint Mary’s. Every game between the Gaels and Cougars since Mark Pope took over BYU has come down to the wire. BYU suffocated Saint Mary’s in Moraga in the final 10 minutes of regulation in January to secure its first win at McKeon Pavilion since 2014.

BYU and Pacific put on a double-overtime thriller in Provo on January 30th. One can only imagine the battle that will ensue in Stockton. Damon Stoudamire’s group is a physical bunch, just like he was when he was a player in the NBA and at Arizona.

Loyola Marymount is currently on pause due to COVID-19. The Lions first game back is scheduled for February 11th against Pepperdine at home. LMU is running a “virtual sellout” promotion for the BYU game on February 20th to get its fan base engaged during the pandemic.

BYU’s first and only meeting with WCC foe Santa Clara is currently scheduled for the regular-season finale now after the Zags game was moved up. Santa Clara is on a pause due to COVID-19. Their first game back is February 11th against Gonzaga.

The Broncos have road wins against Saint Mary’s and Loyola Marymount under its belt already this season.

BYU was supposed to host San Francisco on January 30th in Provo, but the Dons had to postpone due to COVID-19. The WCC has shown a willingness to put games on non-traditional weekdays such as Monday’s, Tuesday’s, and Wednesday’s this season. Tuesday, February 16th and Tuesday, February 23rd could be some potential openings to have the Dons travel to Provo.

A home game against USF could end up being a Quad 2 game for BYU’s NCAA Tournament resume. So there’s an incentive to get the game rescheduled.