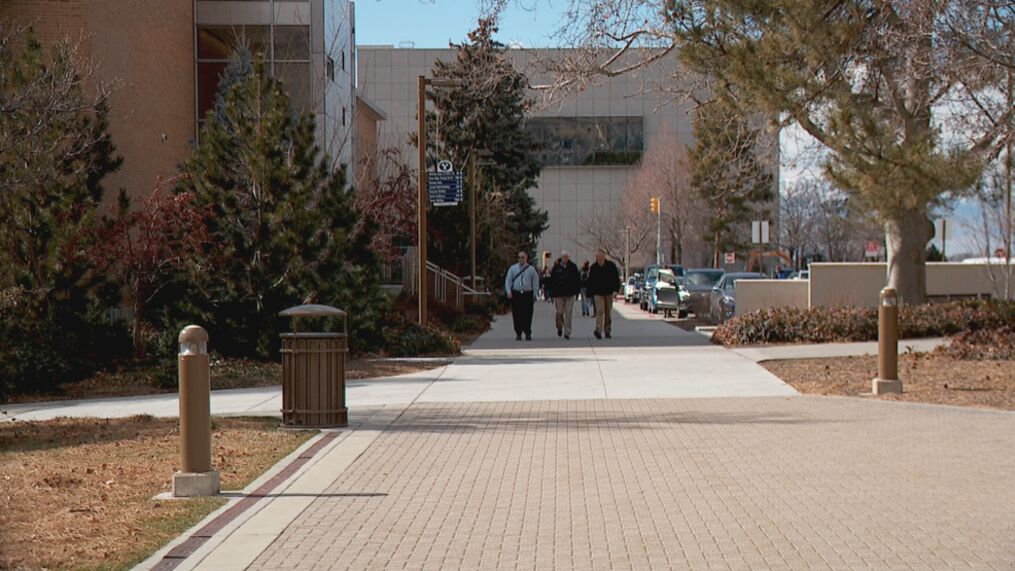 PROVO, Utah — A Brigham Young University student was allegedly sexually assaulted Sunday night by a man she met on a dating app.

“BYU Police received information this morning from a female student who stated she met a man on a dating app several days ago and invited him to her room last night, Nov. 29, in Helaman Halls, David John Hall,” says an alert sent to students by BYU Police Chief Matthew Andrus. “She reported that during the visit the man sexually assaulted her.”

The victim told police that the suspect left David John Hall at 10:16 pm.

The suspect is described as Caucasian, between the ages of 18 and 21, approximately 6 foot to 6 foot 1 inch tall, between 165-170 pounds, with a tan complexion He has dark brown hair that is curly on top and short on the sides. He is described as having an athletic build and was wearing black Adidas sweatpants and a flannel, plaid button-up shirt that is blue, red and purple in color.

The suspect was driving a white Subaru, either an Outback or Forester model.

Officer nearly crashes after arrested man kicks him in the head, police say

Utah officer accused of abducting relative, feared ‘being watched by an unknown organization’