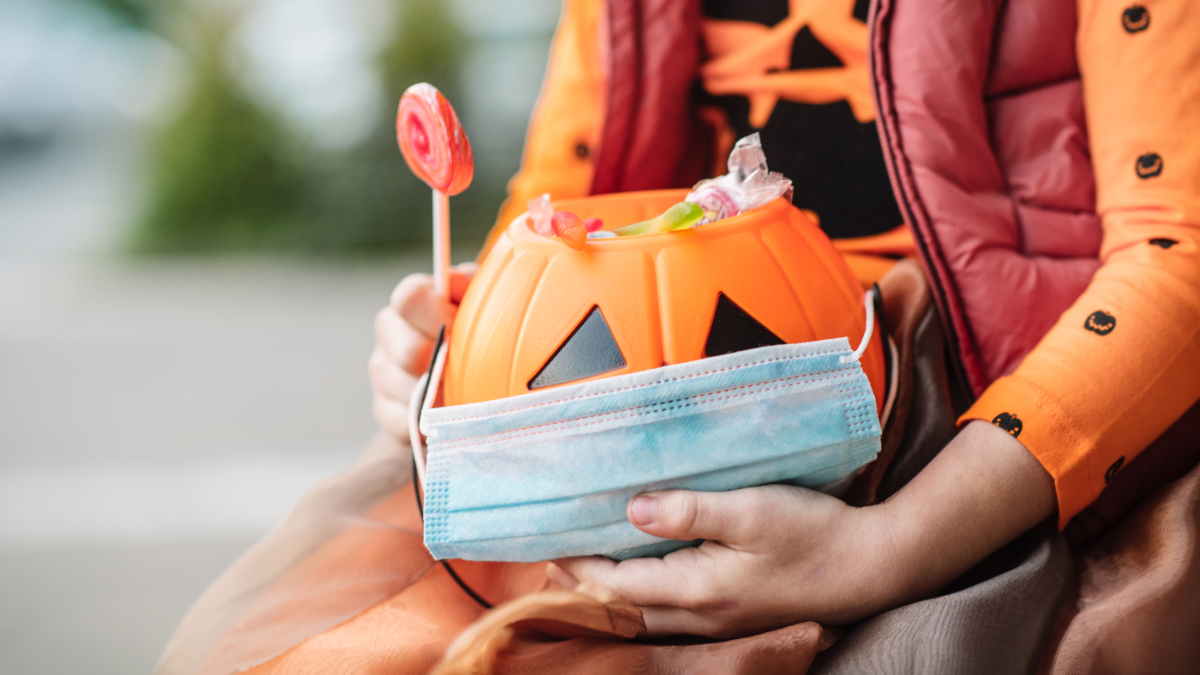 PROVO, Utah – This year’s Halloween celebrations may be a little more relaxed than years past for some BYU students.

With Utah County currently designated at a “high transmission level” under the state’s COVID-19 transmission index, several Halloween enthusiasts are coming up with new ways to celebrate the holiday in a socially-distant way.

Hannah Lee, an economics major from Star Valley, Wyoming, plans on running the Haunted Half Marathon in Provo Halloween morning before hosting a murder mystery party with a small group of friends in the evening. Lee, who has attended Halloween parties at UVU, Utah State and various Salt Lake City venues in the past, feels it is best to play it safe this year.

“I’ve always loved giant dance parties and Halloween has always been the night for that,” Lee said. “Although I’m not terribly worried about getting the virus, I still want to be smart this year and not attend large gatherings. Even if we’re not worried, we can still be cautious and respectful of what governments have asked us to do.”

Remington Neal, a biology major from Charleston, Illinois, plans to stay inside for the evening and watch movies with his girlfriend. Although Neal admits the virus hasn’t affected his Halloween plans a whole lot this year, he noted it has caused his family back home to reconsider their way of celebrating.

“A typical Halloween in the past has been going to my great-grandmother’s house and trick-or-treating around her neighborhood,” Neal said. “But this year COVID has definitely made my family consider alternate activities.”

In response to a Daily Universe Instagram survey, a number of additional students outlined their unique plans to celebrate this year’s holiday with friends and family. Tessa Larsen, a biochemistry major from Springville, Utah, is looking forward to “escaping Provo” by spending the day at Capitol Reef National Park.

Additional respondents described their plans to host costume parties with a select number of friends and family, while others plan on playing board games all night. One student hopes to spend the evening watching season two of “The Mandalorian” on Disney+, which is scheduled to premiere Oct. 30. Another student plans on watching a roommate’s dance competition before “chilling with roommates, good treats and movies.”

Options remain limited for students looking to celebrate Halloween this year in a more traditional way. While some haunted houses, pumpkin patches and corn mazes in Utah and Salt Lake counties remain open with limited capacities, several regular Halloween college dance parties have been forced to alter this year’s events.

UVU still plans on holding its annual “Insomnia” Halloween party this year but is modifying the event to an outdoor, drive-in gathering. Utah State and BYU also plan on hosting a series of socially-distant Halloween events for students.

Organizers of “The Protest,” a Halloween party planned in protest of Utah’s COVID-19 restrictions, canceled the event earlier this week after receiving a considerable amount of criticism online. The event’s flier had gone viral on social media and was targeted largely toward college-aged adults in Utah and Salt Lake counties.

Salt Lake County keeps losing Latter-day Saints, and there are multiple theories as to why