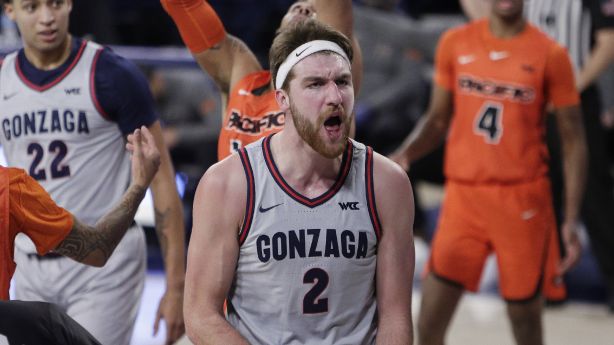 With both teams having an off week due to earlier COVID-19 cancellations and with the assistance of the West Coast Conference, the Cougars will host No. 1 Gonzaga on Monday, Feb. 8, moving up the previously scheduled regular season-finale from Feb. 27.

Tipoff from the Marriott Center is scheduled for 9 p.m. MT on ESPN.

BYU (14-4, 5-2 WCC) had its game Tuesday canceled after a positive case of COVID-19 shut down San Diego’s program for two weeks. The Toreros canceled six games, including the return trip to Provo scheduled Feb. 13, though neither BYU nor the conference have officially admitted to the cancellation.

The Cougars will play at Portland at 5 p.m. PT Thursday evening. The game will be streamed on Stadium and broadcast in Utah on KJZZ.

The Zags (18-0) are going for the 22nd consecutive victory Thursday night against Pacific, after the originally scheduled Thursday-Saturday conference swing against Loyola Marymount and Santa Clara was canceled when both programs went on pause.