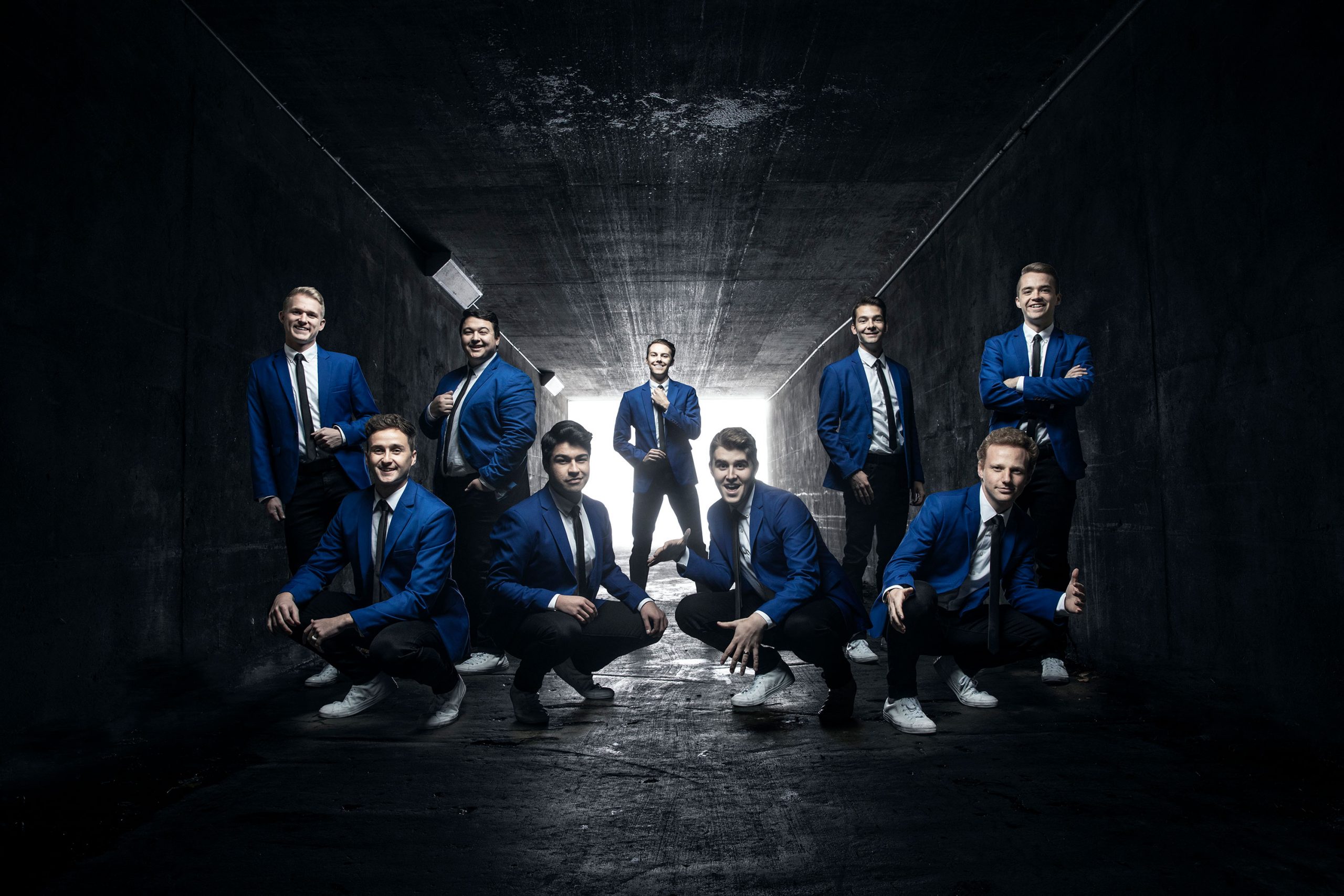 “It was definitely one of the quickest turnarounds I think we’ve ever had,” said Zac Love, a tenor in his second year with Vocal Point.

The acapella group happened to have a rehearsal on Jan. 1, the day after Bieber released his song. Vocal Point directors went to rehearsal with an arrangement of the song already written, Love said.

“Saturday morning, each of us took the time to learn our parts and memorize them so we could record them that afternoon,” said Jonathan Meyers, a tenor going on two years as a Vocal Point member.

Meyers said each member normally takes 30 to 45 minutes to record their parts, totaling around five hours spent recording for each video the group releases.

An audio engineer then edits the pieces together while Vocal Point committees collaborate to produce a music video. These shoots usually take about 12 hours, Meyers said.

Beatboxer Alex Brown said this process was the same for the “Anyone” cover, only sped up. “We were unanimously in favor of the challenge,” he said. “It always works out.”

According to Meyers, the group filmed the “Anyone” cover at Southworth Hall in Provo. Members tried on several wardrobe options before deciding on a casual look. The group then found an editor who compiled the video in 24 hours.

Love said the group chose Bieber’s new song partly because of the clean lyrics, keeping with the group’s purpose to help listeners feel the love of Christ.

“We try to put out really good content that’s uplifting and professional,” Meyers said. “We want there to be more joy in the world.”

Vocal Point members agreed the week-long process was both stressful and enjoyable. They like to compare the acapella group to a startup company because of the work and dedication it requires.

“One of the things that you know when you sign up with Vocal Point is it’s going to be hard,” Brown said. “But it’s always super fun.”