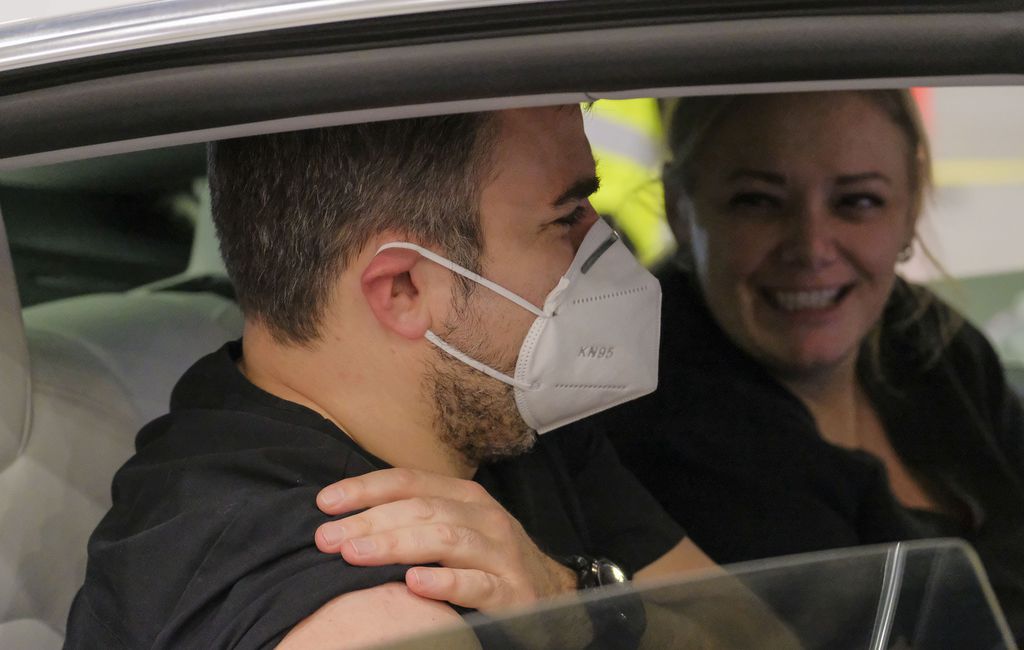 PROVO, Utah – Utah wrapped up a tumultuous week in regards to the coronavirus by adding 1,819 cases to the tally, meaning a total of 18,599 new cases were reported in the week after the Christmas holiday.

Overall, there have been 283,473 counted cases of coronavirus in Utah, meaning about 1 in 11 Utah residents has tested positive for the virus since the pandemic began. Officials expect that somewhat understates the number of people who have actually contracted the virus, as testing has sometimes been limited and frequently misses asymptomatic cases.

That rate of cases ranks Utah fifth in the nation for cases per capita in the United States, behind only North and South Dakota, Iowa and Tennessee. Utah has moved up the rankings after setting a new daily record in coronavirus cases on Dec. 31, a day with 4,672 cases reported that pointed toward a post-Christmas surge.

However, despite the high case count, Utah ranks just 45th in the nation in terms of deaths per capita. Utah’s relatively young, healthy population has meant those who get the coronavirus are less likely to die than in other states. In terms of testing, Utah ranks 20th per capita.

Seven Utahns were reported to have died since Saturday due to the coronavirus, bringing the weekly tally to 87 and the overall tally to 1,301. Sunday’s new deaths were:

• A Salt Lake County man who was older than 85.

Meanwhile, 486 people were reported as hospitalized with the virus on Sunday. Referral center hospital intensive care units are at 86.4% capacity, still higher than the 85% benchmark where hospital officials can effectively staff the beds available.

The rollout of the vaccine accelerated this week, while still falling short of the targets set by state and federal officials. Utah Sen. Mitt Romney excoriated the lack of a federal vaccination plan, calling it “as incomprehensible as it is inexcusable.”

Local officials have also been disappointed in the speed of vaccination. Rich Lakin, immunization program manager for the Utah Department of Health, said at a news briefing Wednesday that Utah’s vaccination numbers have been “slower than what we had anticipated, and slower than what we wanted. But we are picking up some steam.”

Overall, 47,382 people have been vaccinated in Utah so far, an increase of just 1,008 in Sunday’s report. Since vaccinations have began, Utah has seen an average of 2,632 new vaccinations per day — at that rate, it would take nearly 20 months to vaccinate 50% of Utah’s population. The slow vaccination timeline has meant that the expected date for teachers to be vaccinated, originally slated as mid-January, has been delayed by at least a week.
This week has also seen more of the inner workings of Utah’s response to the coronavirus come to light. Officials from the Utah Department of Health — including state epidemiologist Angela Dunn — were frustrated by some of the economy-first actions taken by the Governor’s Office of Management and Budget, emails uncovered by The Salt Lake Tribune showed. Dunn was concerned with her team’s lack of oversight with projects like TestUtah.com, which the governor’s office managed.
Related Topics:
Up Next