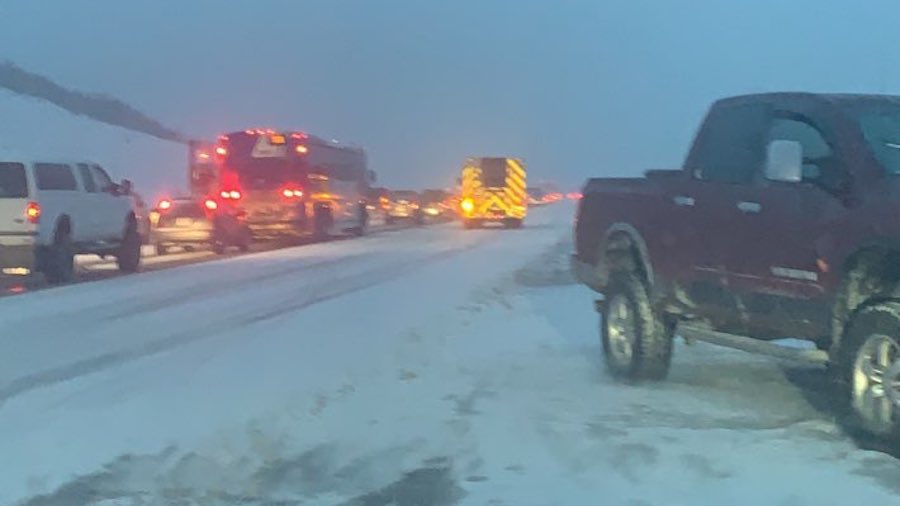 Utah – All southbound Interstate 15 lanes were closed in Weber County after multiple crashes were reported in the area, and crashes in Parleys Canyon caused heavy delays in both directions Tuesday.

Officials with the Utah Highway Patrol said troopers responded to five crashes near milepost 352 in northern Weber County and one person was injured.

Officials with the National Weather Service said a band of lake-enhanced snow moved across the area shortly before the crashes.

Slick roads were reported across the Wasatch Front after rain and light snow swept across the area Tuesday.

Traction laws were also in effect for both Big and Little Cottonwood canyons while semi-trucks were required to use traction devices along I-80 in Parleys Canyon.