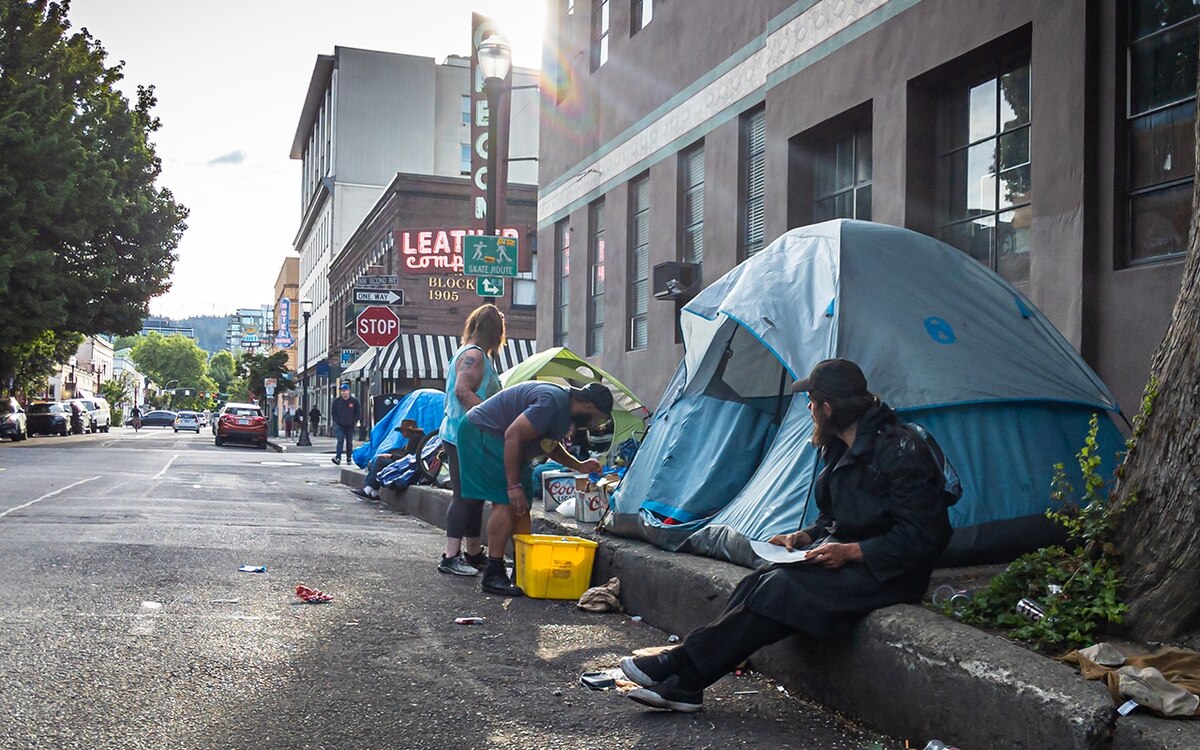 SALT LAKE CITY, Utah — After Salt Lake City Mayor Erin Mendenhall suggested the need for a fourth homeless shelter in the area , advocates argue that’s not a long-term solution for the growing crisis.

While a little noisy, a group of about 50 people camping off North Temple stays hushed and undisturbed by Salt Lake City Police and the county health department.

“You have a little freedom. If you make good acquaintances and friendships, you kind of come together as a little family,” ‘Silence’ Taylor said while in his tent.

Homeless and suffering from drug addiction, Taylor feels it is the best option.

“It’s kind of like back and forth, one-two steps,” said Taylor.

“The resource centers are working. They are basically filled to capacity each night. Once we get them in the resource center, we can begin to work with them to provide healthcare and case management. We can explore housing options,” Salt Lake Valley Coalition to End Homelessness co-chair Rob Wesemann said.

The Salt Lake Valley Coalition to End Homelessness says there are currently more shelter beds available now than ever before, if one includes the resource centers with motel programs and temporary housing facilities.

Instead of focusing on building a fourth shelter, Wesemenn argues affordable housing is the answer.

How much affordable housing is needed? An analysis found Utah is 50,000 units short.

According to U.S. Housing and Urban Development recommendations, rent needs to be as low as $238 for people dependent on supplemental security income.

Taylor said he’s inspired by volunteers who support the camp and hopes for brighter days ahead.

What to do, where to go this Easter in Salt Lake?