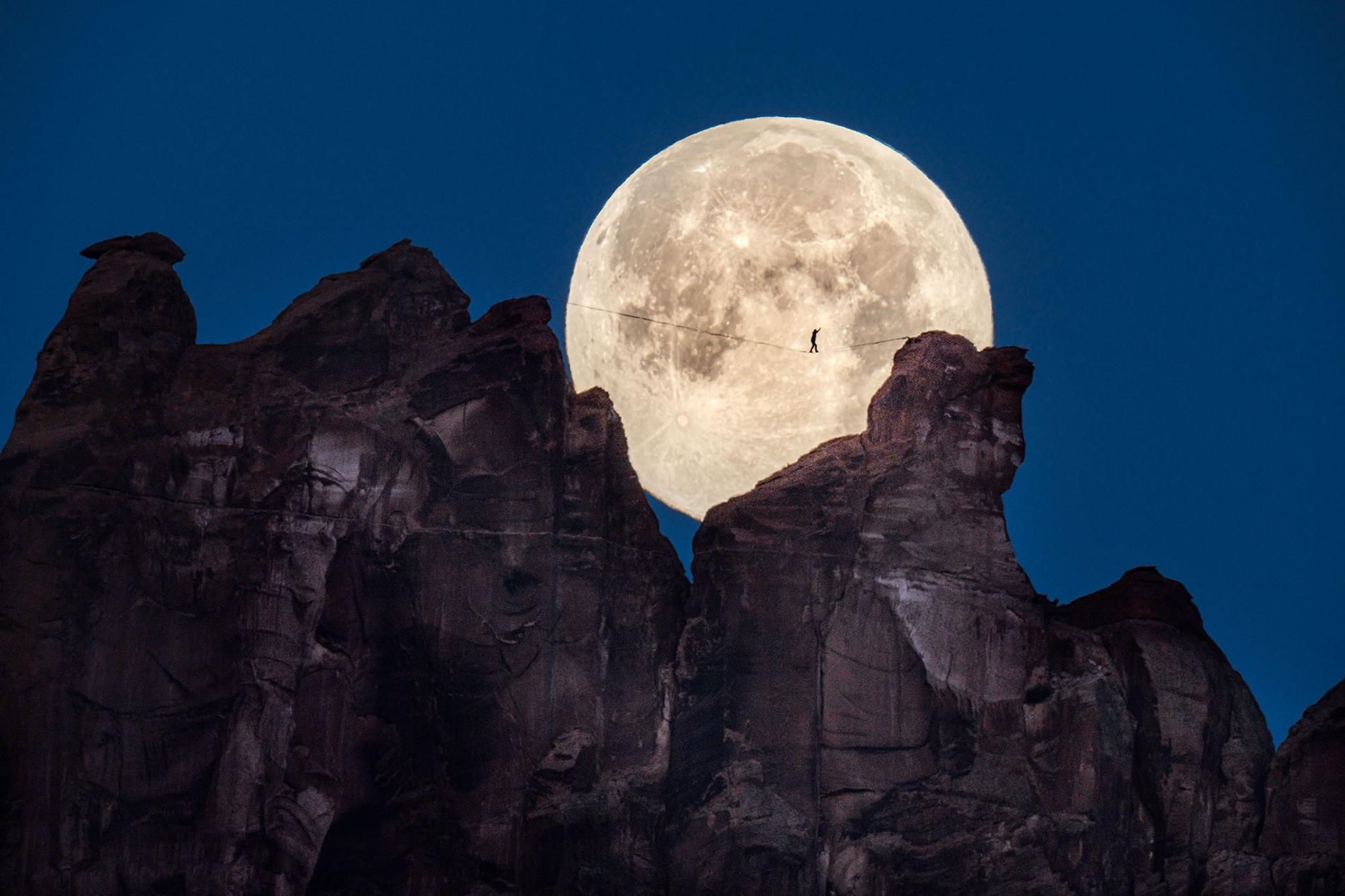 Utah – Located in eastern Utah, the small city of Moab acts as a gateway to two national parks, Arches and Canyonlands. Here enthusiasts of the outdoors find a wealth of activities whether it’s day or night.

This image of Andy Lewis silhouetted against a full moon took four months to make. “Even with every piece of technology we could get our hands on, it came down to going there, scouting, and seeing what lined up,” says photographer Renan Ozturk, who aimed his camera from more than a mile away to frame the shot of Lewis on a slackline (a length of woven fabric that’s suspended in the air). When the weather, people, and moon did eventually align, “we only had about a 30-second window to capture the moment.”

With three designated International Dark Sky Parks less than an hour’s drive from Moab, those who can’t see the Milky Way from their homes (a majority of Americans) can get their star fix there. At Arches and Canyonlands National Parks, and at Dead Horse Point State Park, visitors can gaze up at thousands of stars visible to the naked eye—compared with the few dozen, at most, visible from a big city. To help maintain these stellar views, Moab has strengthened its ordinances against light pollution.

Surrounded by public lands featuring Jurassic-era sand dunes weathered into titian-tinted cliffs and spires, Moab lures adventurers and nature lovers who want to interact with the elements. Activities range from the mainstream (rafting, biking, hiking) to the extreme (slacklining, BASE jumping with parachutes or wingsuits). Parks in the area have also taken steps to make the outdoors more accessible for people with disabilities.