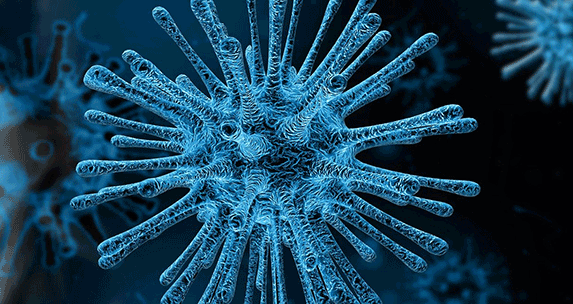 PROVO, Utah – Health officials reported an increase of 1,516 new coronavirus cases and the deaths of 13 more Utah residents due to COVID-19. Just over 228,00 vaccinations have been administered in the state.

Officials from the Utah Department of Health reported a total of 1,965,485 Utah residents have been tested for the novel coronavirus – an increase of 7,331 of the total reported since Friday. Of those tested, 20.7 percent were positive.

Officials reported 336,405 residents have tested positive for the virus since the pandemic began – an increase of 1,516 cases since Friday. There has been an increase of 12,568 in the last week.

The vaccine has been administered to 228,348 people in Utah, including health workers, educators and residents age 70 and older. According to numbers reported by the health department, 71,178 vaccines have been administered in the last week.

So far, just over 200,000 people have received the first dose of the vaccine, and 28,167 have been fully immunized with both doses.

The number of vaccines ordered by the state and approved by the federal government and shipped was not available.

The health department reported 461 people were being treated for COVID-19 in Utah hospitals. Total hospitalizations since the pandemic began was 13,016 people.

Utah officials said 88.7 percent of the 529 ICU beds across the state were full. Of those, 182 were being used by patients confirmed to have COVID-19. An additional 62 patients inn ICU beds were suspected of having COVID-19, pending additional testing.

The remaining ICU beds were used by patients with other critical medical conditions.
Hospital officials have said, in addition to the beds nearing capacity, there was staffing for around 85 percent of those beds.

An additional 13 Utahns have died in the last day, according to the Utah Department of Health.

Health officials said four of the latest deaths occurred before Dec. 31, 2020 and were reported after investigation by the state medical examiner to determine if COVID-19 was the primary cause of death.

There have been 1,595 total deaths of residents from the disease in the Beehive State since the pandemic began – an increase of 102 in the last week.

Four additional Salt Lake County residents have died of COVID-19, including one woman and three men.

A man between the ages of 65 to 84 was hospitalized for COVID-19 when he died.

There have been a total of 652 coronavirus-related deaths in the county.

A Uintah County man between the ages of 65 to 84 was not hospitalized when he succumbed to the disease.

His was the 16th coronavirus-related death in the county, and 27th reported by the TriCounty Health Department, which includes Daggett and Duchesne counties. and the Ute Indian Tribe.

Health officials also reported five deaths of Utah County residents, one woman and four men. One person was between the ages of 25 to 44.

The woman was older than 85 and living in a long-term care facility when she died. Three men were between the ages of 65 to 84. All had been hospitalized.

One man between the ages of 25 and 44 had been living in a long-term care facility.

The county has reported 273 deaths since the beginning of the pandemic.

Two additional Washington County residents died as a result of contracting the disease, according to health officials. Both were women.

One was between the ages of 65 to 84 and living in a long-term care facility. The  other was older than age 85 and not hospitalized.

Officials have reported a total of 157 deaths in the county, and 195 in the area covered by the Southwest Utah Health Department, which also includes Iron, Kane, Beaver, and Garfield counties.

She was between the ages of 65 to 84 and not hospitalized when she died.

The county has reported 128 coronavirus-related deaths since the start of the pandemic, and 135 in the area covered by the Weber-Morgan Health Department, which included Morgan County.

Utah National Guard helps to administer vaccines to residents over 70