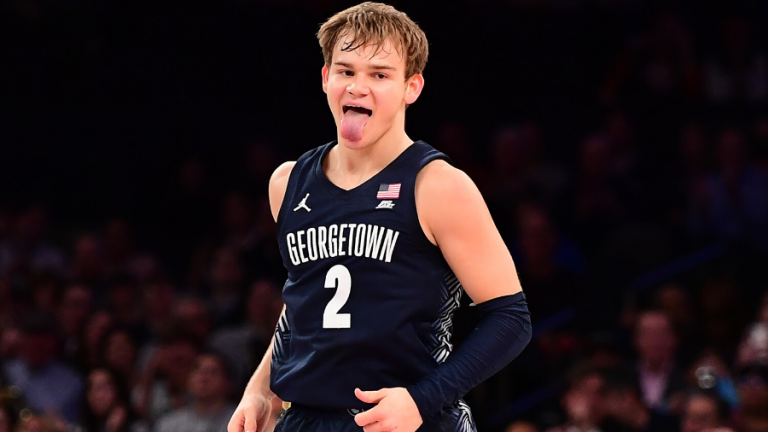 PROVO, Utah – Georgetown transfer Mac McClung has a big decision coming up on Wednesday. The 6-foot-2 guard who led Georgetown in scoring will announce where he is continuing his college basketball career.

BYU is one of seven schools that is in McClung’s list of finalists.

Moments after McClung announced he would be making a decision on Wednesday, BYU legend Jimmer Fredette gave the heralded transfer one last pitch in support of his alma mater.

If there’s a man who knows a thing or two about rising from being a three-star recruit to legend status, it’s Jimmer Fredette. Fredette had his recruitment down to BYU and Siena of all places coming out of Glens Falls, New York.

The who’s who from each college and the local communities have been making pitches to McClung who boasts over 50,000 followers on Twitter and 750,000 on Instagram.

We are ready for you @McclungMac! We got The biggest arena on the list! The loudest fans! A great coaching staff! A global fan base + you will win and definitely get buckets !!! @Brandon_Davies0 @jimmerfredette @BYUbasketball @byutvsports @BYUCougars pic.twitter.com/0R2AUVW1AC

“We are ready for you Mac McClung! We got The biggest arena on the list! The loudest fans! A great coaching staff! A global fan base + you will win and definitely get buckets,” wrote Abouo.

Jimmer and Abouo’s teammate Brandon Davies, who currently plays for FC Barcelona in the EuroLeague, also weighed in on the pitches, “SHOCK THE WORLD MAC!”

Texas Tech has had former star Jarrett Culver – now with the Minnesota Timberwolves – weigh in writing, “Texas Tech is the move.” But the biggest hitter from the Red Raider arsenal was Super Bowl Champion Patrick Mahomes tweeting to McClung, “That first jersey in red is where it’s at!! Come on and make a run at the natty in Lubbock! #GunsUp”

We will find out Wednesday if Jimmer or Mahomes’ pitches worked better. Well, better yet, the pitches of the actual seven coaches of these programs. But hey, we can always appreciate a little social media clout.