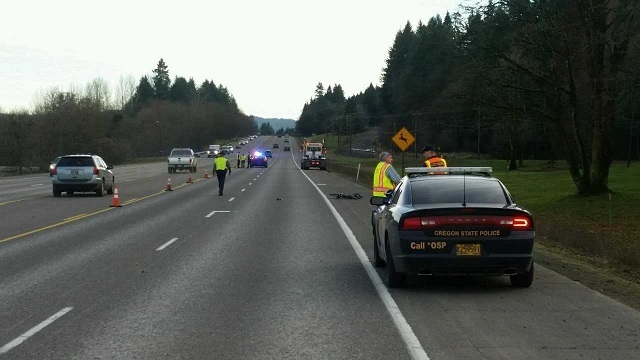 PROVO, Utah – An officer at the Utah County Sheriff’s Office says he almost lost consciousness while driving on Interstate 15 because a man in the back of his vehicle started kicking him in the head.

The man was arrested after police went to his home on a domestic violence call, according to a probable cause document. A man had allegedly screamed at his wife and knocked over their TV, causing her to lock herself in the bedroom. The man then kicked the bedroom door open, at which point police arrived,

The man was intoxicated and refused to comply with police orders to sit down, according to the probable cause statement. Instead he began screaming “ACAB,” which means “all cops are [bastards].” The man was put in the back of a police vehicle. He began kicking the window so he was taken out and his feet were placed in cuffs, according to the probable cause document. He was then placed back in the vehicle.

When the officer driving the vehicle was on I-15, the man started kicking him in the back of the head. The officer wrote that he almost lost consciousness and nearly collided with the center median of I-15. The officer was able to pull off the freeway and hold the man down until backup arrived.

The man was arrested on charges of assaulting a police officer as well as criminal mischief and disorderly conduct.

‘Thankful’ a buck was able to have rebar, ropes around its antlers removed safely