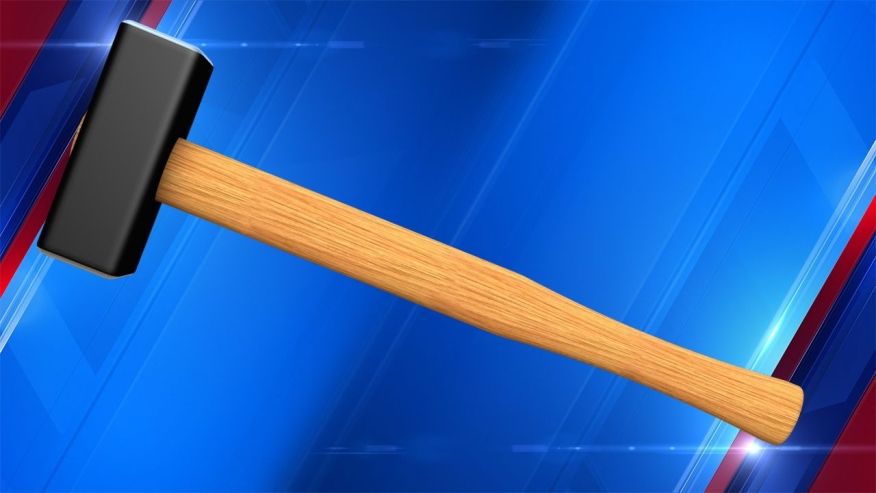 SALT LAKE CITY, Utah – A man was arrested after allegedly attempting to ward off four individuals armed with a pipe and other weapons out of Salt Lake County, Wednesday.

The suspect in custody is identified as 26-year-old Larry Soto-Johnson of Salt Lake City, Utah.

According to the Salt Lake Police Department, on March 24 four armed men approached Soto-Johnson in hopes to ‘reconcile’ an earlier dispute with the aid of a steel pipe and some other weapons.

The incident occurred near 1000 West and 3300 South in Salt Lake County.

As the men came near Soto-Johnson, he quickly armed himself with a large hammer, officials say.

“As the individuals approached him to confront him about an earlier dispute. Larry equipped himself with a large hammer, one commonly used for breaking concrete or driving posts, in order to defend himself,” officers share in a probable cause statement.

Arresting documents indicate that as soon as Soto-Johnson became equipped with a weapon, a melee broke out which “was caught on video by a witness”.

Officers say as the assailants attempted to disengage, “Larry continued to follow and engage them.”

Preliminary reports include that Soto-Johnson then chased two individuals into the roadway where one of them then tripped and fell.

Officers say “Larry attempted to continue his assault on the fallen male in the roadway, however, was chased off when another person came to his defense.”

According to the Salt Lake City Police Department, Larry Soto-Johnson was then arrested on the charges of aggravated assault since “the large hammer was capable of causing serious bodily injury.”

Got a vaccine? Score a foodie deal