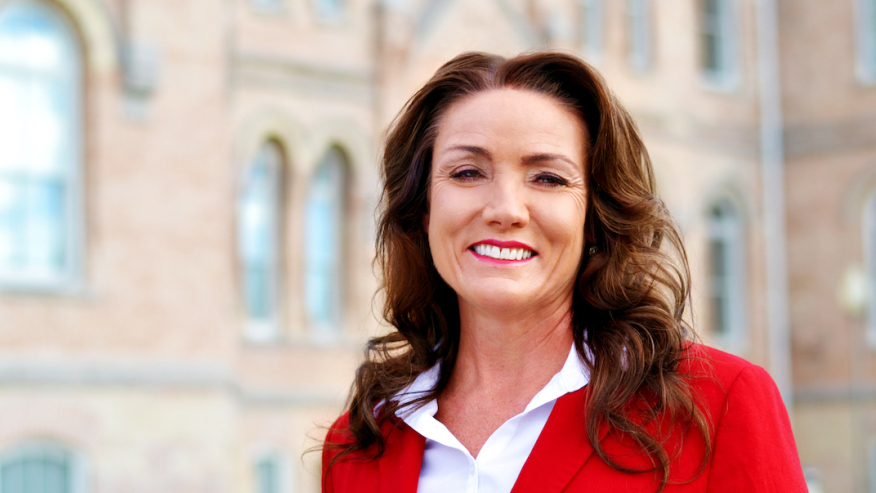 PROVO, Utah – The Provo City Council is holding a special meeting to discuss Mayor Michelle Kaufusi’s veto of the city’s mask mandate. A possible override of that veto would be the latest twist in the Provo mask saga.

During a meeting Tuesday night the Council voted 7 to 0 to approve an ordinance requiring masks in public. Mayor Kaufusi, who has photos promoting the City’s Mask Up Provo initiative on her blog, promised to veto that ordinance which she officially did Thursday.

“I don’t know what her motivations are,” Provo resident Ray Ervin told ABC4 News. “If they’re political or scientific, I don’t know. That’s up to her. I’m in favor of it. I think it just makes sense. I don’t know why you wouldn’t do it.”The Council was scheduled to reconvene Thursday night and could override the Mayor’s veto with a simple majority vote. With the streets of Provo about to get a lot more crowded when BYU starts classes next week, ABC4 asked people their thoughts on the ordinance.“I think what they voted on initially, the mask mandate is a good thing,” BYU student Brian Frampton said. “I mean they’re just trying to help and protect everyone.”“I think mandating it is not a good idea especially for outside,” Orem resident Tyler Warren said. “It’s the close quarters we need to be worrying about. These open areas, outside spaces we need to be encouraging people to go out and I don’t see any good reason for them to have to wear masks for those situations.”“If you want to wear one out of courtesy to others, do it,” BYU student Maddie Nelson said. “But if you don’t want to, then I guess it’s your choice you know.”Coincidentally Friday night’s Timpview-Provo football game has been canceled because some Provo High School students and coaches are in quarantine. As for Thursday night’s Council meeting, it starts at 6 o’clock and will be streamed on the Provo City Council’s YouTube channel.