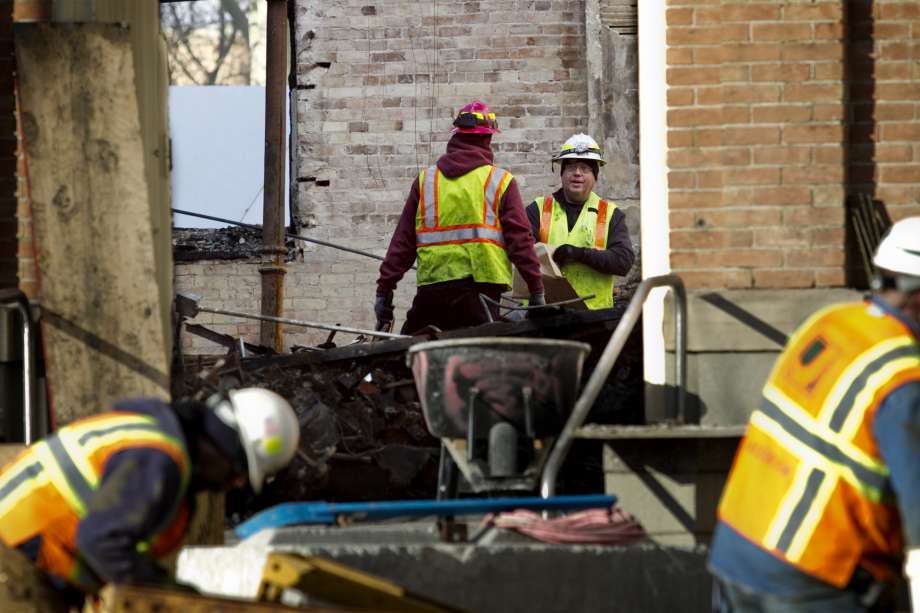 PROVO, Utah — The shadows of 2020 are about the only thing that remain of a rather unusual and chaotic year. But time passes quickly and it will soon be but a memory.

That is exactly what area residents were saying a decade ago when their year ended with a devastating fire the belched pillars of smoke and shooting flames, the Daily Herald reported.

December 2010 was a month of celebration.

Locally, the annual Santa Run, “lights on” celebrations and “A Christmas Carol” productions were in full swing.

However, while pop music superstar Katy Perry was celebrating her music hit “Firework,” another kind of fire was in the works inside the Provo Tabernacle at Center Street and University Avenue.

For many, it seems unbelievable that 10 years have passed since the early morning hours of Dec. 17, 2010, when the historic Provo Tabernacle, decked out for Christmas, housed a raging fire that burned for hours.

In what officials described at the time as likely a complete loss, the historic building was gutted by the blaze. By that afternoon, what had once been a Utah landmark and city icon was little more than a charred shell spewing ash onto mourning onlookers.

Some people wept as they tried to focus their camera lens on the charred building. Others looked on with dismay. Cars drove by at a snail’s pace, their occupants looking at the singed remains.

Residents of Provo and elsewhere were in shock about the news the tabernacle was destroyed.

Josephine Johansen wrote to the Daily Herald her personal experience of that night. “It was about 2 a.m. and I was awakened by lots of noise outside the Travelodge Hotel on University Avenue (just across the street from the Tabernacle). I was staying there awaiting to get married that day.

“Curious as to what was going on, I got up sleepy-eyed and looked out of the window and what a shock I got,” Johansen said.

“Several fire engines were at the front door of the tabernacle fighting the ferocious flames from the interior,” she remembers.

“I was scared because the room I had rented was right on the corner opposite this beautiful building — it was very close, only one road’s width between us,” she said. “Were those flames going to engulf anything close by?

“I quickly got dressed and gingerly crept down the outside stairs — the ice on the ground was about 2 inches thick that night. I eventually got across to speak to a fireman who had his back to me. I made him jump. There were no people in that area at that time, so he didn’t expect to see me there,” Johansen said.

“Will I be alright in the building right there?” Johansen asked. “I pointed to the window of my room. The flames were so fierce, I felt sure they could ‘lick’ across the road. Satisfied, the fireman had assured me and I went back up the stairs.”

The good news is the city has rebounded and, in some ways, is stronger than ever, but there is little doubt that fire will be forever etched into the memories of all who witnessed it.

“To many of us it felt like the former tabernacle had a heart and soul,” said former Mayor John Curtis at the time. “It was a beloved member of our community, and when we lost the tabernacle it was as if we had lost a dear friend.”

Fire officials had determined an incandescent light placed on a wooden box ignited the fire. A final report indicated the light was an energized 300-watt bulb that was placed too close to combustible materials. Eventually the light caught fire, and the resulting blaze destroyed the building. The report placed the cost of the damage at $15 million.

“It was a terrible day for the community in seeing the loss of such a dear landmark,” said former Provo Fire Chief Gary Jolley. “There are lots of memories from feeling bad about losing the battle to the fire to what a remarkable transformation to see the new Provo City Center Temple.”

“It’s kind of like an old friend,” Schofield said at the time. “It challenged me more than any other event in my emergency services career.”

Schofield said during the investigation he also learned about the community that sacrificed to build the tabernacle. At one point, he recalled, crews salvaged a piece of molding. When they looked at the back of the molding they found the name of the person who crafted it inscribed on the back. The name had been written in 1883 or 1884.

At another point, Schofield saw pieces of iron that were used to hold the roof together. When he looked more closely, he could see the marks of the blacksmith’s hammer in the metal.

Schofield believes history will remember the fire as a beginning, rather than an end.

“My guess is that 10 years from now we’ll say, ‘That was a tragedy, but look what’s happened now,’” he said.

The feelings of devastating loss about the tabernacle turned to joy when then LDS Church President Thomas S. Monson announced in the October 2011 Semiannual General Conference that the historic building was to be rebuilt into the second temple in Provo.

After more than five years of restoration and historical reconstruction, the Provo City Center Temple of The Church of Jesus Christ of Latter-day Saints was dedicated March 20, 2016.

During that construction time, numerous photos and stories were shared about how the tabernacle affected the lives of people not only in Provo but from those who have moved on throughout the world.

One of the unique difficulties contractors and architects faced with the new temple was the already existing shell of the old tabernacle. This constrained builders to how large the temple could be. Since they couldn’t build out, the temple was instead built down.

About 53,000 square feet of the temple is below street level. The baptistry is traditionally underground. However, the font in the Provo City Center Temple, which sits upon 12 bronze oxen, is in an oval shape, a very non-traditional shape for temple fonts, which are typically circular.

Details in the fine mahogany and walnut wood at the base level are simplistic. Circles, lines and other basic geometric shapes are about as unique as the architecture gets in the lower floors of the temple, excluding the bride’s and the groom’s rooms. But as one scales the ornate 42 steps to the chapel and the ordinance rooms, the details become more lavish and the shapes more symbolic.

Exit signs that were once painted black are dressed in gold on the top floor. Staircases that had simple bevels and architecture give way to columbines, lotuses and other ornate features carved into the walnut and mahogany.

And in the Celestial Room, seven chandeliers, including a massive one in the center, hang overhead, adding to the beauty of the apex of the temple.

It has been compared to a beautiful Phoenix bird rising out of the ashes.

Now, years later, we can look at the bittersweet results of that day of burning knowing the tabernacle wasn’t completely lost. The old tabernacle turned temple is still the focal point of downtown.

“Everyone in our community remembers where they were when they heard the iconic Provo Tabernacle had been destroyed by fire,” said Mayor Michelle Kaufusi. “Shock of a different kind was also felt when news was announced of its unexpected transformation into the Provo City Center Temple.”

Kaufusi adds, “Thankfully, the tremendous loss of this beloved community gathering space ultimately became a community win as it continues to be a beautiful reminder of Provo’s history and a key contributor to our downtown economic vitality.”

As for the downtown area, much has happened over the past decade.

Until the COVID-19 pandemic hit in March, businesses had been booming, mixed-use apartments had gone up and more people were coming to Provo to work, live, shop and play.

Provo rated as one of the ‘best’ college cities