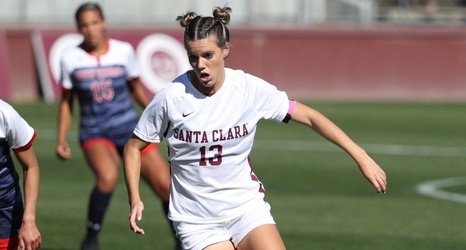 PROVO, Utah – No. 23 Santa Clara women’s soccer went into Provo on Saturday and upset No. 13 BYU 2-1 behind a late goal to give head coach Jerry Smith his 500th career win. He becomes just the third NCAA women’s soccer head coach with 500 Division I victories.

The match-winner came in the 88th minute off the foot of Julie Doyle who had snuck in behind the defense. After she controlled the ball, she took a few dribbles before knocking one over the goalkeeper Cassidy Smith’s head and into the back of the net.