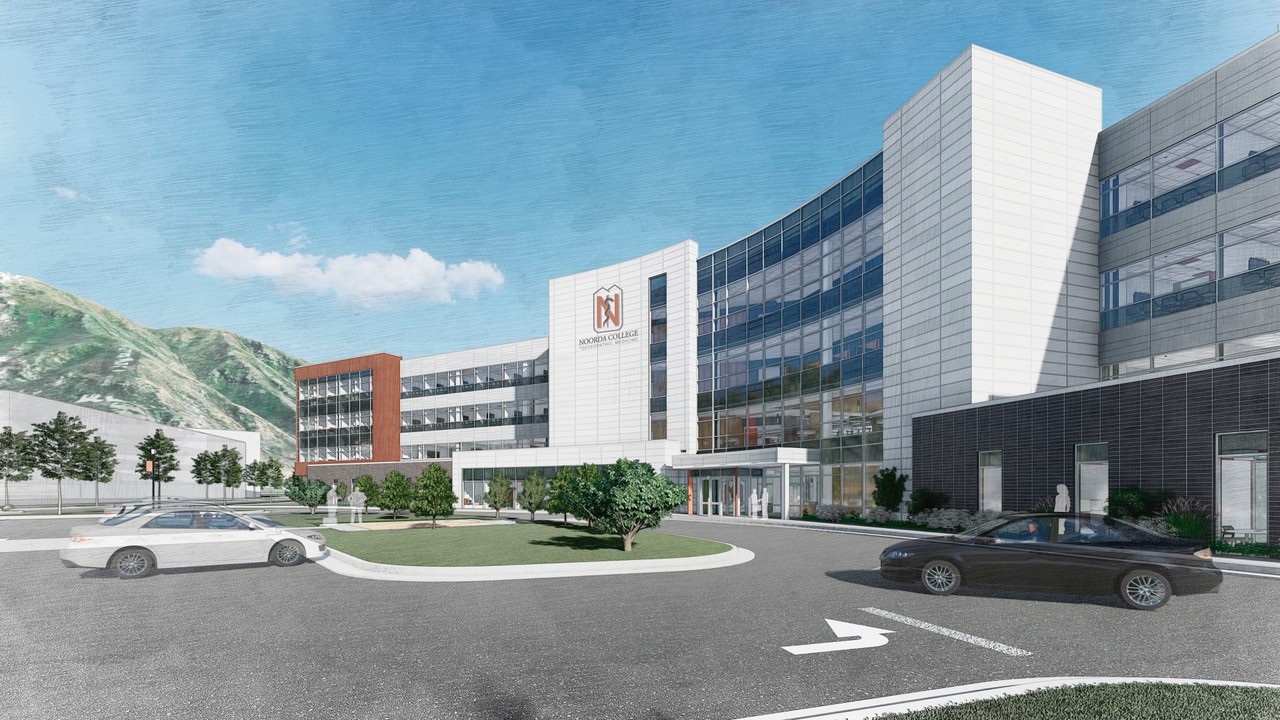 PROVO, Utah – The Noorda College of Osteopathic Medicine (Noorda-COM) is a new medical school, the first in Utah County and the second in central Utah since 1906.

The medical school began as a vision and has been in the works for over a decade. Dr. John Dougherty, founding Dean and Chief Academic Officer, stated that he engaged in the project close to three years ago, coming on board and beginning to assemble a team that could accomplish approval by the national organization to be able to launch the college.

Noorda-COM is set apart from other schools in many ways, including the curriculum. It was stated that there will not be large classrooms or regularly-scheduled classes. Dr. Dougherty remarked that it will be the first medical school in the country to operate that way. The goal is to use learning pods, or small groups, and to have all of the content and lectures pre-recorded.

Specific learning objectives can be given in four to seven minute video segments. At the end of the video, the student will answer a question in order to explain what was important in the video. The hope is that this learning style will create a positive school/life balance.

Dr. Michael Rhodes, Associate Dean of Clinic Affairs, stated that it has been challenging organizing everything with the pandemic as large meetings cannot be hosted. Dr. Rhodes’ primary role on the clinical side has been helping to establish affiliations with hospitals, physicians and more.

The students of the school vary from having just graduated from a four-year degree in college, having a Masters degree or even a PhD. Four years will be spent with Noorda-COM with two being in the classroom and two in the community. After that, the students will be able to apply to be a specialist in anything from family medicine to neurosurgery and everything in between.

Dr. Dougherty stated that they wish for students to have a good educational background. Dr. Rhodes said that one of the biggest things in his career has been that more physicians need to be comfortable and well-versed in practicing in rural areas. He said that they want to ensure that there are clinical opportunities for all of the students to rotate through. Students will have the opportunities in rural areas while also keeping them fairly close to the campus.

With this in mind, Dr. Rhodes believed that Castleview Hospital was perfect as it is fairly close to Provo, where Noorda-COM is based, stating that he had friends and colleagues at the hospital.

He connected with Dr. Travis Engar of Castleview and was then put in touch with CEO Greg Cook. From there, the idea took off. The first students will begin their classes in the fall of 2021. Dr. Dougherty remarked that the team is extremely experienced and they are trying to meet the learner where they are as opposed to telling them that they have to learn a certain way.

Students that will begin clinicals at Castleview may be expected around summer of 2023. Dr. Rhodes stated that one thing different for the students is how their rotations are established. Most medical schools across the country conduct rotations in family medicine, pediatrics and more.

Noorda-COM is varying the rotations by not just throwing the student into the environment; instead they are having them spend the entire first week on the medical school campus preparing for their rotation. Students will run through scenarios and simulation labs before working in emergency medicine at Castleview.

Dr. Rhodes stated that the goal is to ensure that the students are more prepared and even more useful when they arrive in the department. The students will then spend four weeks with the physicians. On the last week, they will return to the college and be tested on their knowledge. Both doctors stated a lot of augmented and virtual reality will be applied in the learning.

Utah’s vaccine rollout has been ‘slow,’ says the state official leading it