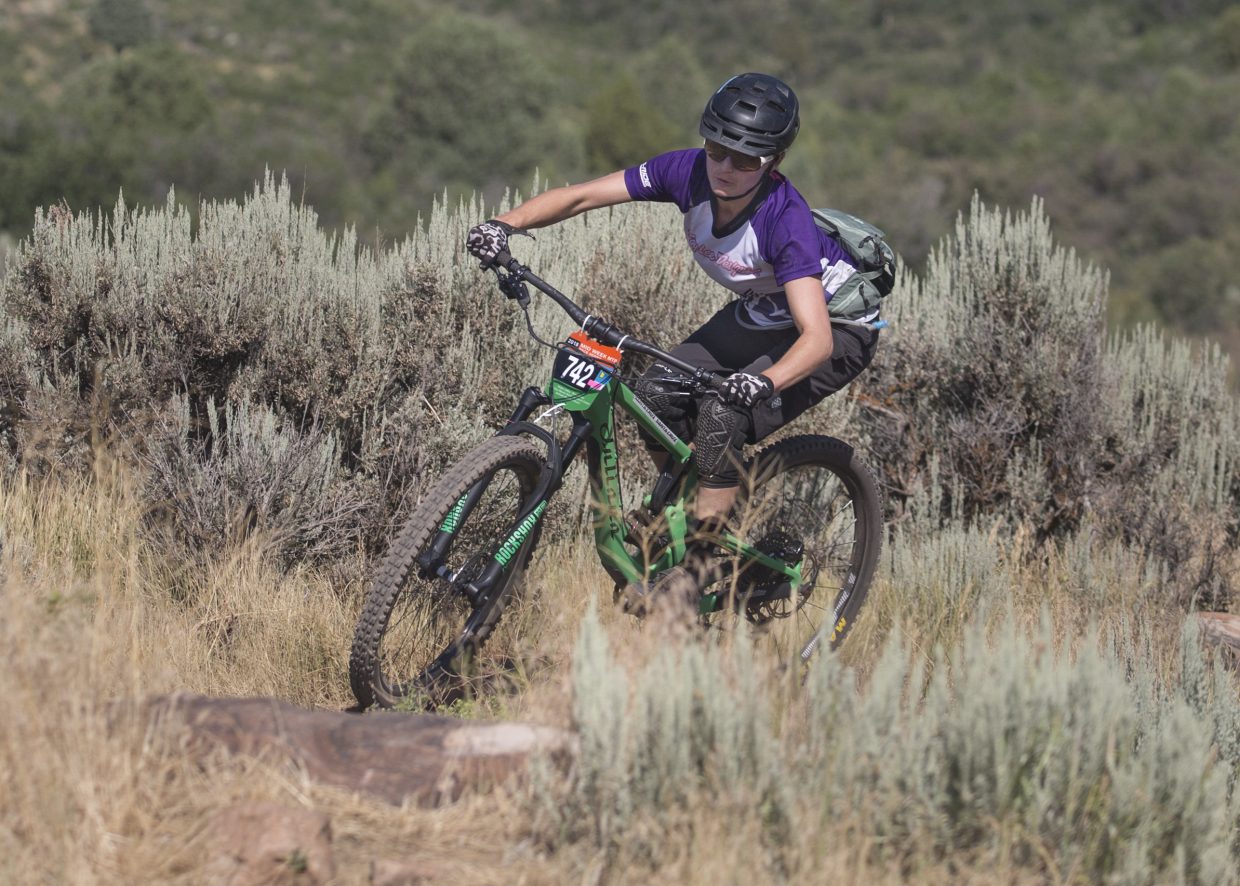 Years ago, the miles upon miles of climbing, dense forests, jaw-dropping views and speedy descents challenged Batten to her core. Completing it felt like a herculean feat.

In order to access the trail in the first place, riders have to traverse Puke Hill, a grueling climb that is only about half a mile but only gets steeper as riders begin to summit it. It doesn’t take a vivid imagination to figure out how the hill earned its namesake.

Early on, Batten would do what even some skilled riders do and just walk. The hill was a daunting task, a constant reminder of how much she still had to improve as a rider. But these days, a climb up Puke Hill and a smooth ride down the trail is just another ride.

“The Crest Trail is pretty significant in that I feel like when I first was riding it, it was so epic and impossible and it took like all day to ride,” Batten said. “And then by the time I was, you know, ready to go off to college and becoming an elite rider, it was a ride that I could do for a normal training day. So I think just in general that’s one of my favorite rides on the trails out there, but then to see just my progress as an athlete on that trail was really special, too.”Batten has proven herself to be not only one of the best riders in the country, but in the world. She will join Team USA in Tokyo for the 2021 Summer Olympics after a second-place finish in the UCI XCO World Cup in Nové Město na Moravě, Czech Republic. As the only American in the top eight, she automatically qualified for the Olympics. At just 22 years old, she’s one of the youngest riders to make the team as well.

The race wasn’t an easy one, either. Rain soaked the course, turning it into a slick, muddy mess. But that didn’t prevent Batten, coated from head to toe in streaks of mud, from celebrating with fist pumps as she crossed the finish line in second place.

The result capped off what has been a magical first year for Batten after graduating from the under-23 division. The transition should have been daunting, but she feels that the under-23 category more than adequately prepared her for racing against the world’s best.

“I think the transition from U-23 to elite has been challenging, it’s a lot of work, but I think that the under-23 category, there’s also some really, really fast racers in that category,” she said. “And it seems like the transition has been quite smooth for a lot of riders, and I think that just racing in the top of that field has prepared me well for the elite category. And it’s cool to really feel that.”

Batten currently sits in second place in the World Cup standings after two races. In addition to her second-place finish in the Czech Republic, she won the bronze medal in Albstadt, Germany.

The Tokyo Olympics were originally slated to be held in 2020, but the pandemic pushed the Games back a year. The extra year actually benefited Batten, as she feels that she wouldn’t have made the team last year. The move from the under-23 category to elite status not only put her on USA Cycling’s radar but pushed her over the top.

Batten in 2020 was named to the U.S. Long Team, the initial list of athletes from which USA Cycling would select the Olympic roster, but she saw herself as a future Olympian, not a 2020 contender.

“I think I just felt so lucky to be on the Long Team and hopeful that I could make the team, but I think it was a lot less certain than it is now,” Batten said. “And having that extra year to kind of develop as an athlete and prepare was for sure a blessing in disguise for me. And I think that allowed me to have the season that I’ve had so far and … earn that spot in a way that I don’t think would have met criteria in 2020 like I have.”

There’s also the possibility of Batten being joined by another Parkite in Keegan Swenson. He’s in contention with Christopher Blevins for the last ticket to Tokyo. The team will be announced on June 10.

“It just shows that we have an amazing cycling community and the riding (in Utah) is obviously incredible, and then I think that on top of the Utah Cycling League and so many great race series and clubs, I think it shows that it prepares cyclists well to be at the top level,” Batten said. “It’s been awesome to be on this journey with him as well.”

That journey still has miles to go with plenty more hills to climb, but Batten is still in disbelief that it has even happened in the first place.

“I think that if I actually went back and told my younger self that … it’s kind of insane and I don’t think that I would fully believe (it),” Batten said. “But it’s pretty, pretty insane I think, especially considering everything that happened, you know, with the pandemic over the past year. Just to put everything into place and to see it all come together is something special.”