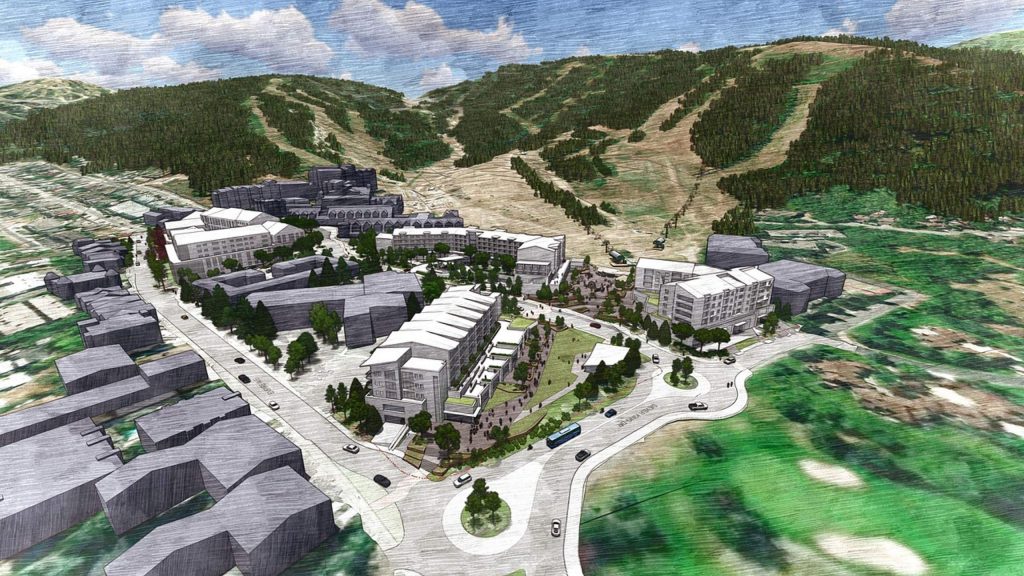 PROVO, Utah – A member of an influential Park City panel on Wednesday wondered aloud about the prospects of City Hall entering into some sort of partnership with Park City Mountain Resort owner Vail Resorts and the Provo firm that intends to acquire the PCMR lots for a major development.

John Phillips, a Park City planning commissioner, did not provide details in his comments, but they were significant nonetheless as the panel continues to review the PEG Companies proposal to develop the lots. The Planning Commission at the Wednesday meeting held a lengthy discussion about the project itself, and the Phillips comments were made toward the end of the meeting.

Phillips did not speak at length and other members of the Planning Commission did not address the comments regarding the possibility of a partnership in any detail. Phillips keyed his comments on transit and parking.

Phillips at one point mentioned an agreement between City Hall and a previous owner of PCMR that, at that time, was designed to fund a transit hub, a garage and related infrastructure at the resort. The comment regarding the earlier agreement was especially notable years later. Phillips, though, did not delve into the specifics of that agreement or whether he sees the earlier deal as a potential model for another one that would involve City Hall, Vail Resorts and PEG Companies.

The earlier agreement, dating to 2012, was reached between City Hall and Powdr Corp., the owner of PCMR at the time. The elected officials of that era agreed to fund up to $10 million toward the work at PCMR. The leaders then saw the $10 million investment as advancing the area’s overall transportation goals.

Powdr Corp. was pursuing the development of the lots and envisioned anchoring the project with an action-sports camp. Powdr Corp. and the City Hall leadership saw there being benefits to a partnership like the one that was negotiated. Powdr Corp. would receive assistance with the infrastructure while City Hall would secure influence as a crucial location for transit and parking was designed and then developed.

The plans for the action-sports camp and the infrastructure did not advance, though, amid a lawsuit between the PCMR side and the firm that owned the land underlying most of the terrain at PCMR at that time. The lawsuit was settled in 2014 with Powdr Corp.’s sale of PCMR to Vail Resorts. The Colorado firm later linked PCMR and the former Canyons Resort into a single property.

There are development rights attached to the PCMR lots dating to the 1990s that were included in the Vail Resorts acquisition. Vail Resorts plans to sell the lots to the Provo firm rather than pursue a project itself. The Planning Commission at the meeting continued to discuss the PEG Companies development proposal as it works toward a decision, likely as early as late in 2020.

The comments by Phillips about a potential partnership were unexpected and were a highlight of the meeting on Wednesday. It is not clear whether the comments will spur further discussions about a partnership. The mayor and Park City Council hold the authority for those sorts of negotiations, and the Planning Commission would be expected to have a limited role, if any at all.

A partnership among City Hall, Vail Resorts and PEG Companies could become politically sensitive as the community would weigh the possibility of taxpayer monies being put toward the project in some fashion. There was broad support for the earlier agreement between City Hall and Powdr Corp., but it seems it would be more difficult for the elected officials to marshal the same backing for an agreement with Vail Resorts and PEG Companies. There is lingering concern in some circles about what is seen as the corporatization of Park City since the arrival of Vail Resorts, an example of one of the potential hurdles in the community should there ever be negotiations.