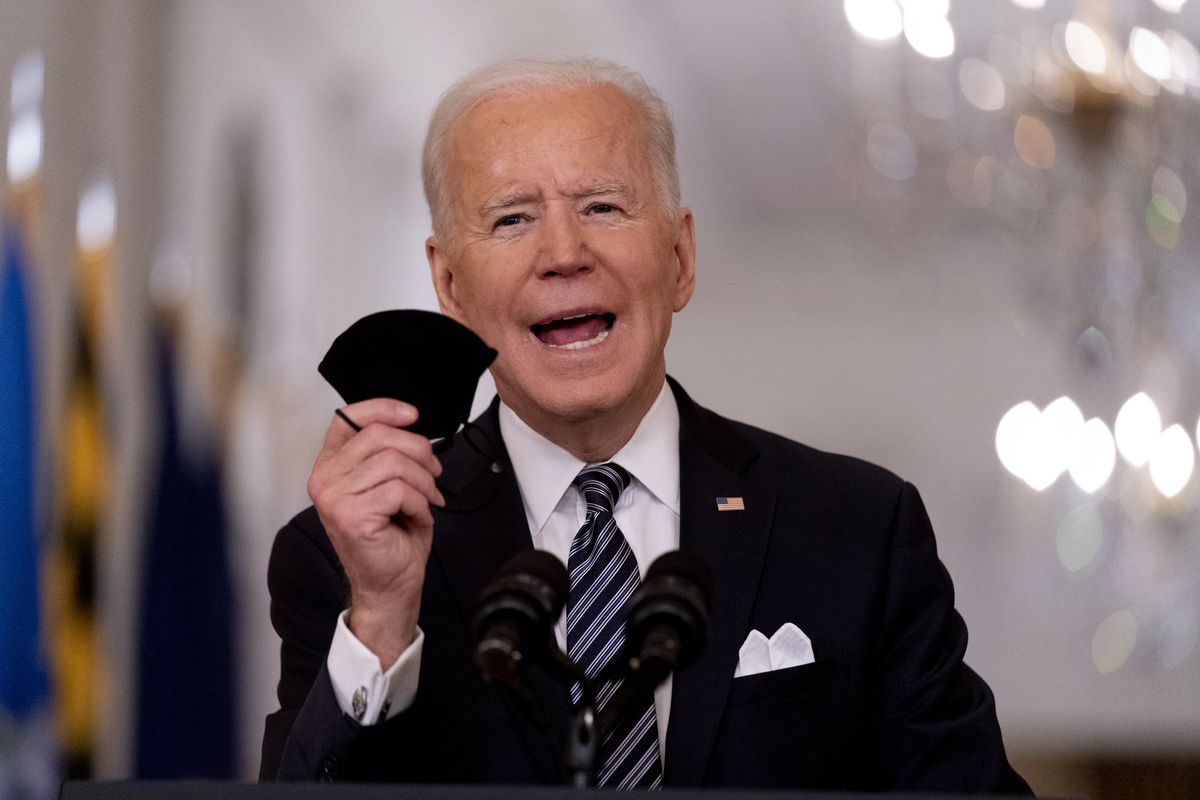 PROVO, Utah – President Joe Biden set a deadline of May 1 for all adults to be eligible for a COVID-19 vaccine in his televised speech Thursday. He also talked about setting up a new federal website to help people find vaccination sites.

Sorry, president, but Utah is far ahead of you.

Gov. Spencer Cox already has announced that all adults in Utah will be eligible for vaccines on April 1, a full month ahead of the president’s deadline. As of Thursday, 936,681 people had received shots in the Beehive State — not bad for a state with an estimated population of 3.3 million.

From the beginning a year ago, the front lines of battles against COVID-19 have been states and the local governments under their jurisdiction, not Washington. For better or worse, state governments determined early on where and how to impose mask mandates and restrictions on gatherings and travel. They identified hot spots for outbreaks, and they dealt head-on with people who were angry about all of this.

The results were not always stellar, and politicians differed on how aggressive to be with restrictions, but at least people knew how to get in touch with the leaders making these decisions.

In Utah County and elsewhere, angry people packed public hearing rooms last year to denounce mask mandates. These weren’t the state’s finest hours, but they at least gave the public a chance to vent their frustrations, which is something far-off Washington couldn’t do.

And during the pandemic’s darkest hours, when Utah’s emergency rooms and intensive care units were at capacity, it was local health officials, not high-ranking leaders in Washington, who had to deal with the crisis.

Now, state and local governments are handling vaccine distribution, and that includes providing websites that allow people to know where vaccinations are offered and to make appointments. The initial rollout was choppy, but things are going smoothly now in Utah. Frankly, governments closest to the people are best equipped to handle such things.

Utah passed the grim milestone of 2,000 COVID-19 deaths this week. The past year has been a tragic one, with medical officials, researchers and private companies worldwide scrambling to learn what they could about the virus as quickly as possible and, ultimately, developing vaccines in record time.

Washington has played an important supporting role. Utahns should appreciate Biden’s efforts to provide technical support and vaccines to the states.

On one thing, however, Utah’s governor and the president are on the same page. That is the goal of having people be able to celebrate the Fourth of July in a traditional manner with family and friends. What a glorious celebration that will be.