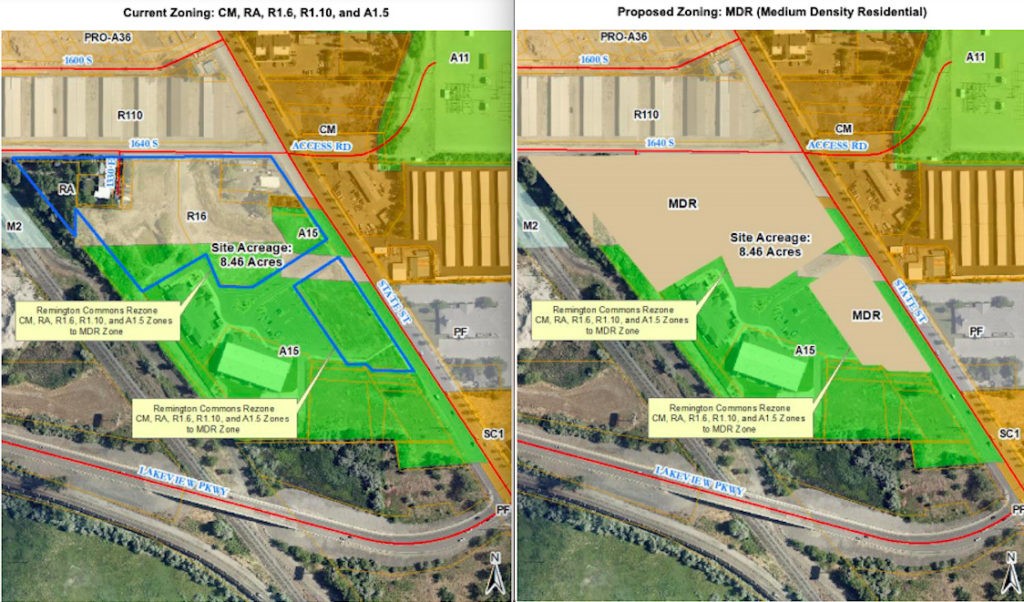 PROVO, Utah – The Provo City Council approved the rezone of 8.5 acres in the Spring Creek neighborhood area to a medium density residential zone in a 5:2 vote on March 2.

“We feel like it’s helpful to have some additional housing units that will attract families that will bring some stability to the area,” said Brandon Jones, member of the Provo development services department.

This rezone was brought before the City Council at the end of 2020, but members of the community and Provo city officials were concerned with the effects that more residents in the area would have on the safety of the students attending Treeside Charter School.

Parents of Treeside Elementary students line their cars starting at State Street during school pick-up and drop-off. Because there is limited space in the parking lot for parents to pull in, the school has directed parents to pull onto the land on the north end of the lot, which is not leased by the school, but by the developer of the housing units to be built.

“This is a problem that happens with every school, that you’re going to have these kinds of issues to the traffic problems for the 20 minute period before school starts and in the same thing at the end of the day,” said Craig Carlisle, who represented the housing developer at the meeting.

The developer offered to pay for a gate to prevent people from using their land, and to pay for the crossing guard “to direct traffic so that if anybody is coming into the residential areas or leaving the residential areas, (the crossing guard) can assist them to merge into the traffic so it wouldn’t cause any more congestion there,” Carlisle said.

Members of the public had mixed opinions about the rezone, mainly worried about the safety of the students walking to their cars or walking home before or after school.

“Our primary concern is the drop off and loading zone and having cars going through those who are late to work or trying to get to class,” said Treeside school board member BJ Taylor. “If you’re dropping off the kid, you may be waiting there for 5-10 minutes. And frankly, that’s that’s not a great situation to have people who are late to school or late to work when the thing that would be slowing them down is the safety of kids.”

Other members of the public expressed their hope in the rezone.

“I am someone who has been renting in this neighborhood,” said Provo resident Alyssa Sheehan. “I’m just really excited about the opportunity and option of having more affordable housing in this area, especially South Provo.”

“The number one problem we face on the Wasatch Front right now is affordable housing, bar none,” said Provo resident Burl Allen. “The only way Provo will continue to attract young, talented (professionals) is by providing this sort of housing.”

Councilwoman Shannon Ellsworth opposed the vote for this rezone, stating that “this area does have a lot of density. However, what we don’t have here that makes density makes sense, is commercial amenities,” such as a grocery store nearby.

Ellsworth also opposed the addition of the crossing guard with the worry that the city would be liable for the safety of the students if a crossing guard did not show up for work. Council members and staff removed this provision from the resolution.

What happened to ‘The Mix?’ After 5 years, Provo insists work will start soon