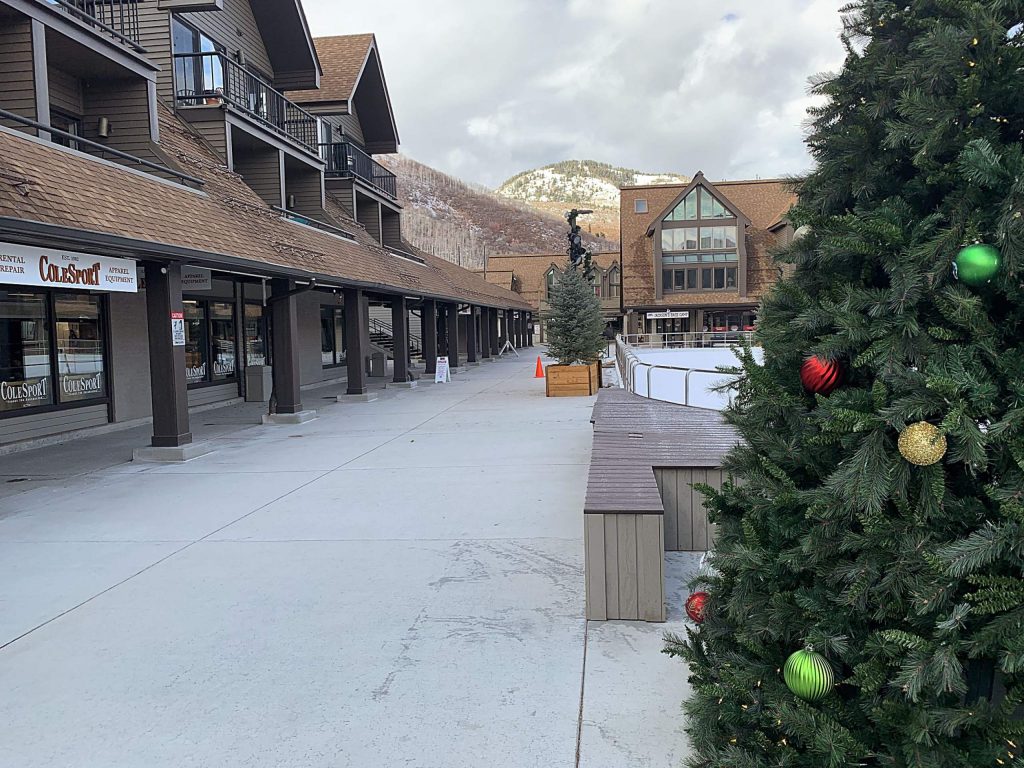 PROVO, Utah – An important property owner at the Resort Center at Park City Mountain Resort on Wednesday indicated it backs a Provo firm’s plans for a major development at the base area, some of the first consequential support for a project that has for months overwhelmingly drawn opposition.

Trent Davis is the president of two business entities — Village Venture and Resort Center Limited — that, combined, own more than 40,000 square feet of commercial space at the Resort Center. The holdings include the buildings that house businesses like Cole Sport and Jackson’s Base Camp.

Davis submitted a one-page statement to City Hall prior to a Wednesday meeting of the Park City Planning Commission regarding the project. He said in the statement the project, proposed by PEG Companies, will “enhance all of Park City and create a long overdue upgrade to a 40 year old, outdated base area.”

“Most of Park City depends on the ski resorts in one way or another for their livelihoods. It is imperative that we support any efforts to upgrade these areas and stay competitive with other ski resorts throughout the country,” Davis said.

PEG Companies is locked in difficult discussions with the Planning Commission about a project that has been envisioned for longer than 20 years. A previous owner of PCMR secured a broad development approval from City Hall in the 1990s that included rights to build on what are now the PCMR parking lots as well as in several locations at the Resort Center itself. The 1990s-era rights went to Colorado-based Vail Resorts when it acquired PCMR. Vail Resorts later reached an agreement to sell the lots and attached development rights to PEG Companies in a deal that would not close until after the Planning Commission deliberations about the development proposal.

The public input over the months of the Planning Commission discussions has been lopsidedly in opposition, making the statement in support from Davis especially noteworthy. The opposition, which has mobilized into a formal group, is worried about a series of issues like the traffic the project is expected to generate and the size of the buildings.

“Unfortunately it appears that there is a group who does not want this development to proceed without very restrictive changes and others who are demanding unreasonable changes … I am hopeful the City will continue to help see this development to final approval with the appropriate changes as it would be a shame if PEG is forced into no longer proceeding with the development. All of PC would suffer,” Davis said in the statement.

Davis in an interview said the land is currently “vacant parking lots.” The project, though, would create what he called a “village atmosphere” that would offer visitors an opportunity to stay at PCMR without the need to head to Main Street for dinner each night of a trip.

“There are things the base of Park City Mountain Resort needs,” Davis said, adding, “The future needs to move forward with a modern, upgraded base area.”

He said the PCMR base needs new restaurants, new lodging options, better apres ski opportunities and new high-end stores. Davis said a hotel like the one under consideration within the project is “much needed up here.” He spoke about what he sees as the benefits of the construction of large garages to account for the existing parking spots that would be lost to the project and the proposal’s workforce housing. Davis also said the project would help “set standards” for other developers in Park City and would increase the value of real estate in the area of the PCMR base area. He said the project would bring citywide benefits rather than ones that are localized to the base area.

Davis, though, questioned several of the details of the development proposal. He said he is not convinced the PEG Companies blueprints for traffic flow are the best solution and said the transit center at the Resort Center should remain in its traditional location.

The Planning Commission received more testimony against the project. Some of the speakers are aligned with a group called Responsible Resort Area Development Coalition, which recently formed in opposition to the project. The testimony included worries about pedestrian routes and questions about how the buildings would be set back from the perimeter of the land.