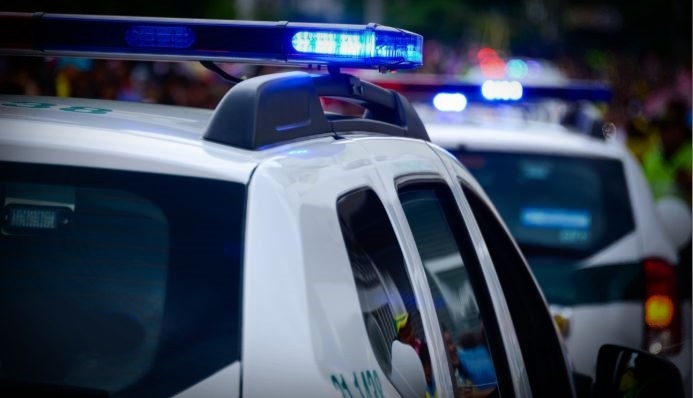 PROVO, Utah — Provo police responded Friday night to the report of a man with a machete making threats from an apartment balcony.

Officer Austin Williams told Gephardt Daily the incident began some time before 8 p.m. when a man pulled up next to an apartment complex intending to visit family members who lived next door.

As the driver exited his truck a man on the balcony of a second-floor apartment became agitated, cursing at the visitor and shouting that his truck was too loud and he couldn’t be driving it around the complex.

When the visitor questioned why the man was so angry, the man allegedly disappeared into his apartment and returned with a machete in hand, Williams said.

That’s when the visitor called 911.

“The reporting party said the suspect was holding something, possibly a sword,” Williams said. “And the caller told police he had his own gun.”

Police arrived quickly and tried to make contact with the suspect, who would not come out of his apartment.

After several minutes, the suspect’s son drove up and explained to officers that he had just been on the phone with his father, who has mental health issues and was intoxicated, Williams said.

Police gave the son permission to go up and talk with his father, who later told police he would be staying with his dad, who had finally calmed down.

It was determined the troubled man hadn’t threatened anyone, Williams said, and the man who reported the incident declined to press charges.

By 10 p.m., the situation had been resolved peacefully with no one being injured.