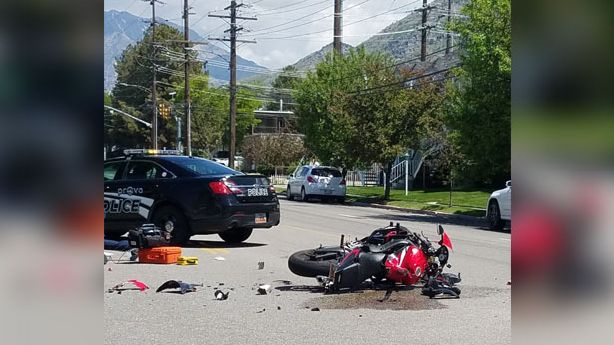 PROVO, Utah — A Provo man was killed in a motorcycle crash Wednesday afternoon.

King said the man was traveling southbound on 550 West when he collided with a vehicle that was waiting to turn left.

Witnesses said the motorcycle rider was traveling at a high rate of speed.

He has not yet been identified pending notification of all family members.

Gephardt Daily will have more on this developing story as information is made available.

Provo mayor is trying to make a statement over masks