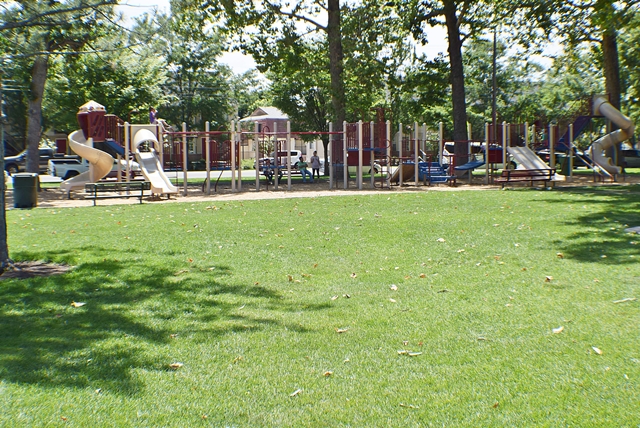 PROVO, Utah – Provo Parks and Recreation was presented with a prestigious honor from the National Recreation and Park Association during Tuesday’s City Council meeting.

The award highlighted the department’s acceptance into the Commission for Accreditation of Park and Recreation Agencies.

The National Recreation and Park Association has established 154 national standards and benchmarks for parks departments to receive this accreditation.

“Just to kind of give you an overall sense of what it takes, currently in the United States there’s 180 agencies that have met the accreditation process. That’s out of over 10,000 agencies running parks and recreation programs throughout the United States,” Powell said.

“(Commission for Accreditation of Park and Recreation Agencies) is the only national accreditation of park and recreation agencies and is a valuable measure of an agency’s overall quality of operation, management and service to the community,” the National Recreation and Park Association website says.

Powell was joined by John Bradley, president of Utah Recreation and Parks Association, at the Provo City Council’s virtual meeting to present this honor to Provo’s Parks and Recreation Director Scott Henderson.

“We’re very impressed with how Provo leads the state in innovation, and in performance, with its staff,” Bradley said. “You have wonderful top notch staff members. We know many of them and get to work with them in meetings and conferences and are just very impressed with Scott (Henderson) and the whole crew.”

Having the Commission for Accreditation of Park and Recreation Agencies for the Provo Parks and Recreation department helps the city secure financial support to reduce costs to the community and holds the department responsible to the public to provide quality parks and recreation opportunities.

“I will pass on this recognition to our entire team because every single one of them had a part in this,” Henderson said. “None of this would be possible without our citizens and support from our mayor and council, so I really do appreciate this opportunity to celebrate this because a lot of hard work went into it.”