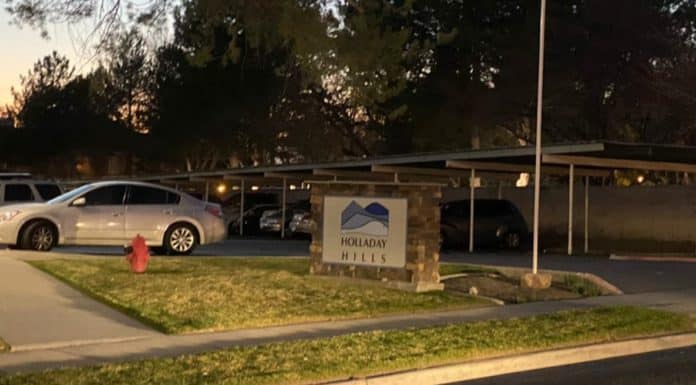 SALT LAKE CITY, Utah— Unified Police officials say one man was shot and a second is being sought after an incident Saturday evening near the Holladay Hills Apartments at 3690 Highland Drive.

The shooting call was dispatched at 5:17 p.m. Officers found the victim had been shot once in the leg and was in serious condition, UPD Detective Ken Hansen told Gephardt Daily.

Hansen said the suspect and victim are known to each other, and police have the name of their suspect, who is not yet in custody.

Asked the reason for the shooting, Hansen said it is hard to know the full motivation at this point, and officials hope to have more information as the investigation progresses.