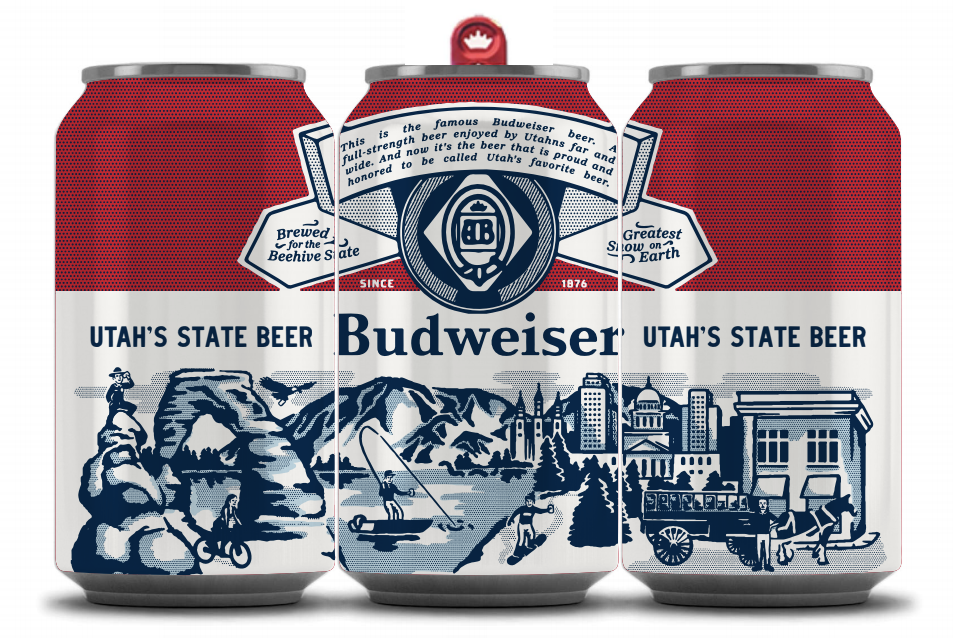 Utah — Last August, Budweiser launched a campaign to make their beer the “official state beer of Utah.” This would see the release of Utah-themed beer bottles, which Budweiser announced were rolling out Monday.

The campaign to become the state’s “official beer” came a year after Utah’s 3.2 beer was replaced with stronger beers containing 4% alcohol by weight (5% by volume).

The Utah Legislature voted to allow the sale of the stronger beer in grocery and convenience stores in 2019 due to dwindling 3.2 beer production by larger brewers like Anheuser-Busch, which counts Budweiser among its brews.

“Oh my heck! It’s finally happening,” a press release issued Monday on behalf of the brewing company stated. “Less than one year after Budweiser announced its campaign to become the Official State Beer of Utah, official Utah Budweiser bottles are being released, making Utah the first state in the US to have its own, specially designed Budweiser bottle!”

The Utah-themed bottles will be sold starting Monday and will be available through May 7. They will feature depictions of Delicate Arch, outdoor activities like fishing and hunting and downtown Salt Lake City on their labels. An earlier version of the labels had also shown the Salt Lake Temple, which is now absent from the final product.

Also printed under the Budweiser name on the bottle is: “This Bud’s for U-tah.”

While Utah has many official state symbols, a beer isn’t likely to make the list anytime soon. However, that’s not stopping Budweiser from making Utah the first state to have its own limited-edition Budweiser bottle.