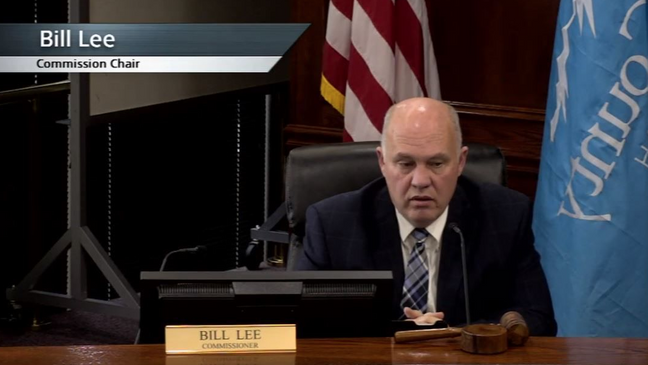 PROVO, Utah— Utah’s two county commissioners have voted to move all authority for the county’s budget process under their tent.

At issue, the commissioners say, is a 2019 property tax increase they want to roll back. They told 2News they haven’t received critical budget information from the county clerk/auditor’s office to do that, and that’s why they want to move the county’s budget officer and related responsibilities under their stewardship.

Currently, the clerk/auditor’s office oversees the budget preparation and sends it to the commissioners for a vote.

But Utah County Clerk/Auditor Amelia Powers-Gardner disputed claims that her office has been unresponsive. She shared with 2News a memo written March 26 to the commissioners in which her office said they are “committed to provide accurate financial information and analysis in support of your financial leadership of the County.”

Powers-Gardner said this amounts to a consolidation of power into too few hands.

“The commissioners making this move will have the ability to build the budget, vote on the budget, and execute the budget with no oversight at all,” Powers-Gardner said, echoing the sentiments tweeted Tuesday by Henderson, who is a Utah County resident.

Powers-Gardner is currently running for the vacant seat on the Utah County Commission and could stand to benefit from the change if she wins. But she said it’s not about that.

Utah law provides for the county budget officer to be designated by the county commission, which Lee and Sakievich used as justification for their move.

Both Lee and Sakievich said they are committed to rolling back the property tax increase in Utah County. A public hearing on that is set for April 21.

Yes, the Utah County ‘power grab’ is the epitome of hypocrisy