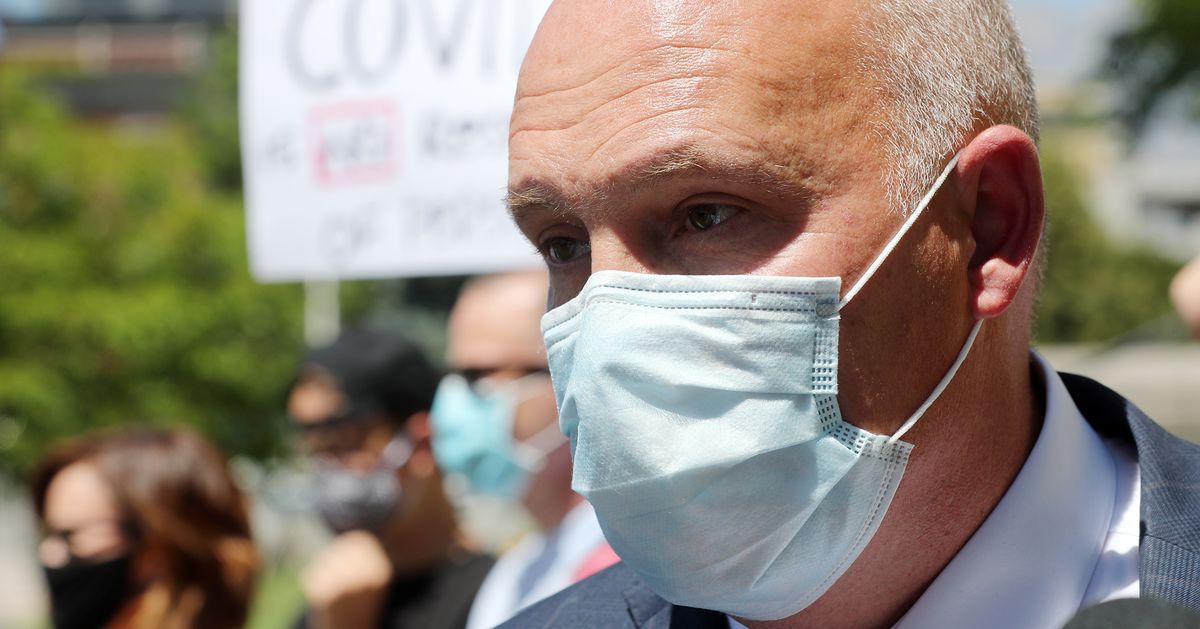 PROVO, Utah – Today’s cautionary lesson in leadership is brought to you by Sakievich & Lee, partners in power.

Tom Sakievich and Bill Lee, Utah County’s lone commissioners after Tanner Ainge resigned earlier this month, approved a last-minute addition to Wednesday’s commission meeting agenda, granting them additional power in overseeing the county budget. Instead of leaving the budget office under the clerk/auditor’s responsibility, as it previously was, the new move places it under the commissioners, giving the duo control over the county’s multimillion-dollar annual budget.

“It’s the epitome of hypocrisy,” Utah County Clerk/Auditor Amelia Powers Gardner, whose office had oversight of the budget until last night, told me.

She has a point. Five months ago, Lee stood in staunch opposition to what he called the consolidation of power for county officials. When Proposition 9 was on the ballot — which would have dissolved the commission and formed a county mayor and council — Lee led the campaign against it.

In a Deseret News op-ed, Lee expressed that the proposition would create a “county king,” one with excessive power to veto budgets and supersede legislative majorities. “Proposition 9 makes a mockery of separation of powers,” Lee wrote in October. “Conversely, our three-member county commission divides executive power between the three commissioners who also check each other’s power, creating more balanced outcomes.”

Now, Lee and Sakievich are making their own mockery of the separation of powers, concentrating budgetary decisions into their own jurisdiction.

The benefit of the budget process unrolling in the auditor’s office is to create oversight — to eliminate opportunity for fraud, to ensure accuracy and accountability. Now, the budget will be developed, voted on and executed under the commissioners’ supervision alone.

Consolidating power is never a good look for leaders, but doing so in the dark makes matters worse. Powers Gardner was not aware of the proposed change until she saw it listed as item 28 of 32 on the commission meeting’s agenda. She immediately called Lee, who told her to contact Sakievich. Powers Gardner said Thursday morning Sakievich had no contact with her or her staff outside of the commission meeting. (Sakievich has not responded to a request for comment.)

While the commissioners defended their decision by expressing desire for more open access to the county’s financial information, Powers Gardner said that’s never been an issue. A March 26 memo obtained by the Deseret News from the office of the clerk/auditor to the county commissioners offered to help prepare a budget amendment, which received no response. “We proactively sent them an official memo, saying we’re ready to help,” said Powers Gardner. “They didn’t reply to that memo, and then days later they sideswiped us with an agenda item, claiming we don’t work with them.”

This is a tragic tale of leaders showing little leadership — amassing power only months after decrying the consolidation of power. Any taxpayer should expect care and transparency with how county funds are being handled. Instead, Utah County residents are being served hypocrisy.