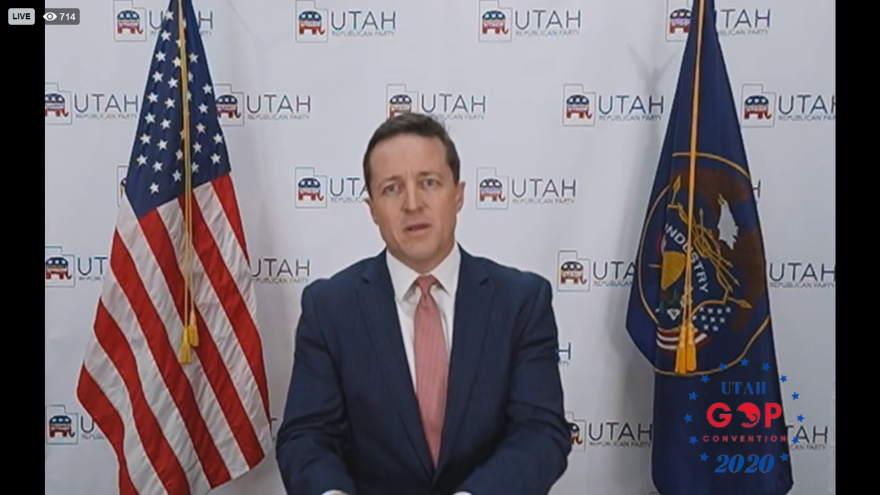 PROVO, Utah – The Utah Republican Party hosted a virtual state convention Saturday to pick their nominees for the June primary. People running for office also had a chance to qualify for the ballot by collecting signatures. Candidates pre-recorded their speeches and the party posted them to its website earlier this week. Delegates voted using an app called Voatz, or called in their votes if they had technical problems. Roughly 93% of delegates voted, according to Utah GOP Chair Derek Brown.

“The turnout has been phenomenal,” Brown said. “This shows the resiliency of the system that we have: the caucus process, our convention, and also an amazing group of volunteers.”

The party began reporting results just after 10 p.m. Saturday. Delegates nominated Lt. Gov. Spencer Cox and former Utah House Speaker Greg Hughes for governor. The two of them will be joined on the ballot by former Governor Jon Huntsman and former Utah GOP Chair Thomas Wright, who earned a spot by collecting more than 28,000 signatures.