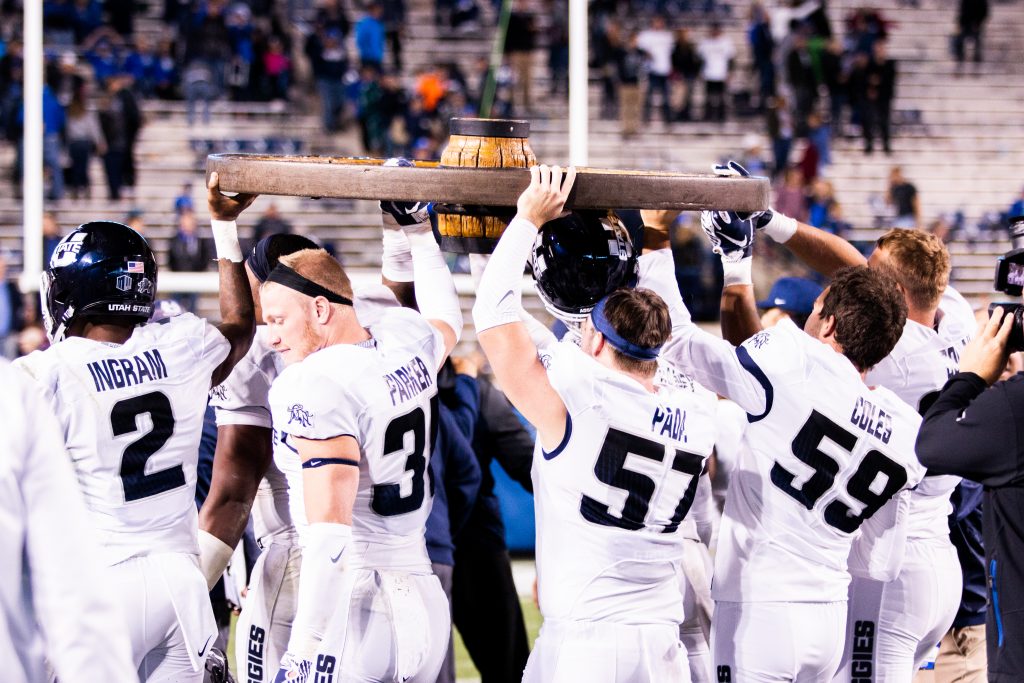 PROVO, Utah – Utah State Vice President and Director of Athletics John Hartwell announced Thursday that four additional games have been added to its existing football contract with BYU, extending the series through 2026.

For Aggie football ticket information, fans can contact the USU Athletics Ticket Office over the phone by calling 1-888-USTATE-1 or 435-797-0305 during regular hours of operation.