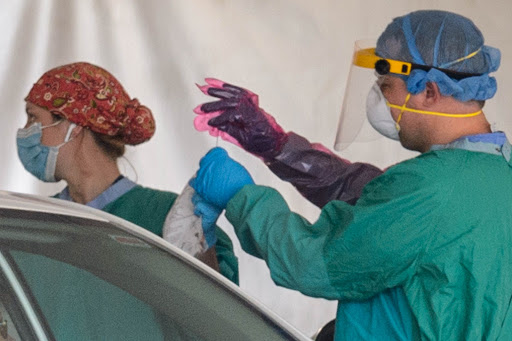 “We’re going to go out and get to people in need,” Salt Lake County Mayor Jenny Wilson said at a news conference to display the vans purchased with federal coronavirus relief funds. “The most important thing for us in our community now is a vaccine. We’re working hard to get as many vaccines administered on a daily basis as we can.”

The county’s human services department director, Karen Crompton, said the coronavirus outbreak “has disproportionately affected our diverse and underserved communities,” but the new units “make it possible for meeting people where they’re at.”

Crompton said the county has already vaccinated about 1,000 older Utahns identified through programs such as Meals on Wheels.

While mobility means county health workers will be able to reach more Salt Lake-area residents with vaccine doses, especially in places where language and other issues may present barriers, the mayor cautioned that Gov. Spencer Cox’s executive order on who can be vaccinated still must be followed.

So far, health care workers, emergency services personnel, first responders, long-term care facility residents and staff, teachers and school staffs, and those 70 or older are eligible. The Utah Department of Health said 12,811 vaccine doses have been administered since Tuesday, for a total of 250,448 doses to date.

“The point here is we want to get a vaccine to everyone, at the right time,” Wilson said, adding that’s going to be easier and more efficient if people can get to designated vaccination sites. “But we recognize that’s just not the case with everyone. So these mobile units will fill in the gaps.”

That likely will include younger homeless people and county residents with underlying medical conditions that would make it difficult to get to a vaccination site, the mayor said, once those groups are added to the governor’s list as more vaccine doses become available.

States were told by President Joe Biden Tuesday to expect about a 16% increase in their weekly vaccine allocation, going from about 8.6 million doses to about 10 million. Biden also announced plans to buy another 200 million doses in the coming months, boosting the supply about 50% to some 600 million doses by summer.

That’s good news for Salt Lake County, which saw all available vaccination appointments quickly booked through February once slots opened up for older Utahns. Wilson said the county is already making progress on a waiting list, a process that could be sped up if more doses become available.

More than 90,000 county residents have been vaccinated since the end of December, including a little more than 38,000 who received their doses directly from the county, according to the county’s health director, Gary Edwards.

There have been 340,684 positive COVID-19 cases in the state since the pandemic began last March and just under 2 million people have been tested for the virus in the state, including 10,156 since Tuesday, the health department said. The rolling seven-day average for positive tests is 1,758 per day and 18.44% for percent of positive laboratory tests.

Currently, there are 452 people hospitalized with COVID-19, bringing the total hospitalizations in the state to 13,217.

• A Millard County man, between 65 and 84, hospitalized at time of death.

• A Washington County man, between 65 and 84, hospitalized at time of death.

• A Utah County man, between 45 and 64, hospitalized at time of death.

• A Tooele County man, older than 85, hospitalized at time of death.

• A Washington County man, between 65 and 84, long-term care facility resident.

• A Utah County woman, between 45 and 64, hospitalized at time of death.

• A Grand County man, older than 85, hospitalized at time of death.