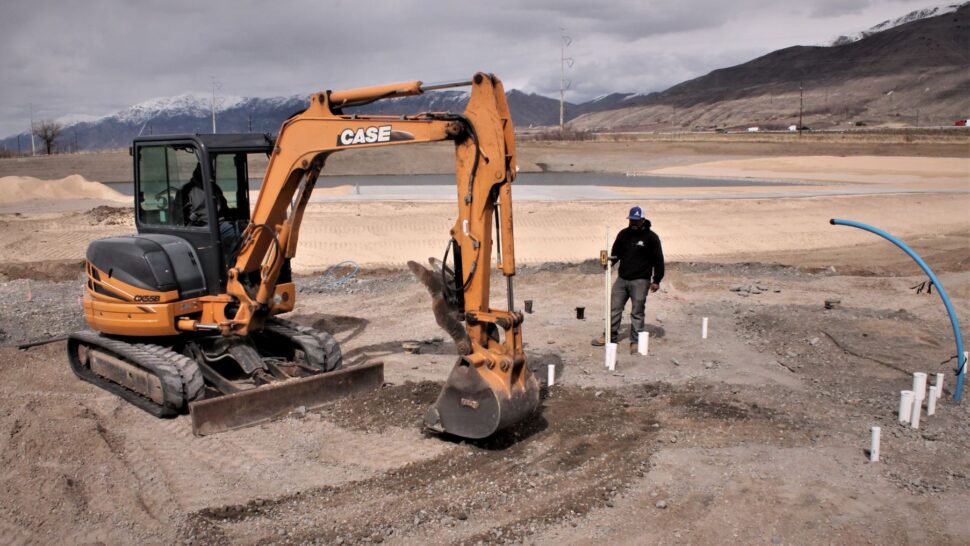 Utah – Willard Bay State Park is adding a new day use pond just North of the 9,900-acre popular fresh-water reservoir. The Utah State Parks is calling the new addition The Pond at Willard Bay.James Morgan the Park Manger said when they raised the dyke a few years ago the contractors left a hole where the materials came from.

“We thought the hole could give us more beach area and accommodate more people,” he said. “We expanded the pond to make it bigger, hauled in 20,000 pounds of sand for a beach, added some restrooms with flush toilets, and over 400 paved parking stalls.”

The new pond is about 1,100 acre feet of water. It is expected to be open for Memorial Day Weekend and will be for day use only, and accommodate non-motorized watercraft like kayaks, paddle boards innertubes other floatation devices.

The Utah Division of Wildlife Resources is supposed to stock it with fish and possibly some species that are not currently available in Willard Bay Reservoir.

“We hope the new area will be beneficial to people who want to play on the beach and not have to compete with boaters and water skiers,” Morgan said. “People are telling us they are excited to use it.”

The actual construction took less than a year. Work on the pond started around June of 2020.

“This is the first phase,” he said. “In the next phase, we plan to have concessions similar to what we have at the marina, with inflatable tramps and waterslides people can play with on the water.”

Landmark Construction from Providence were major contributors to the project.

The Park Service held a contest on Facebook for what to name the new pond and Morgan said they had about 100 entries. They narrowed the selections down to two and decided on The Pond at Willard Bay.

Willard Bay State Park is one of the most visited parks in the system with over 800,000 visitors during 2020.

“We are generally in the top three busiest state parks in Utah,” the park ranger said. Sand Hollow State Park is always first. Jordanelle and us go back and forth for second and third.”

Willard Bay was named after the town Willard and was built in the mid 60’s to store water from the Ogden and Weber rivers for use by nearby farmers. The area was declared an official state park just two years later in 1966.

The US Department of Reclamation designed and built the 36-foot-high dike to enclose over 26-mile square miles of water. Willard bay was once the northern flood plain of the Great Salt Lake. After they built the dike, they drained the salt water and filled it with water from the Weber River.

There are two separate boat launching sites at the North and South Marinas. The North Marina offers state-of-the-art day-use and camping facilities.

Gun sales up nationwide, Utah going through a record number of background checks for firearms