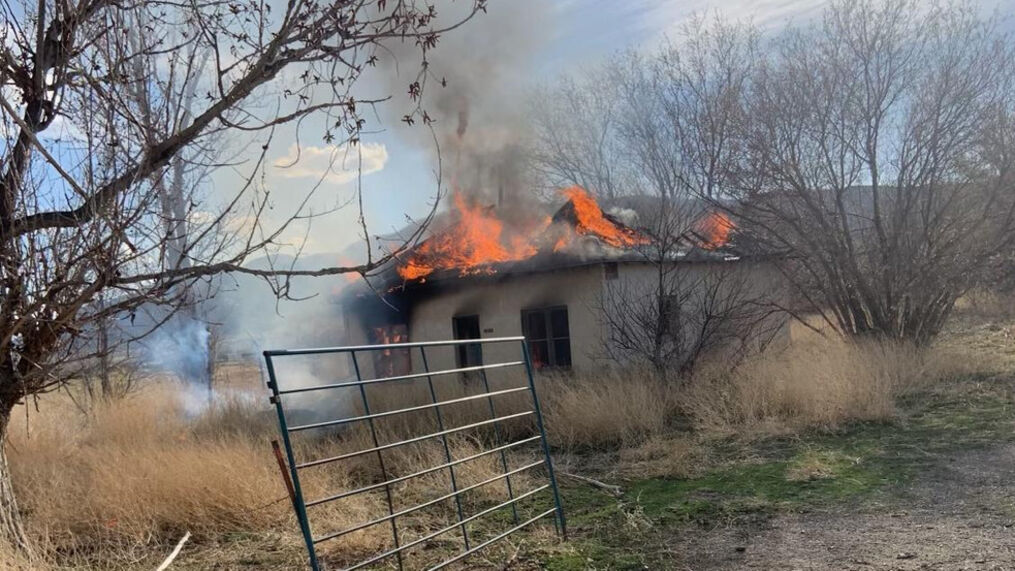 SALT LAKE CITY, Utah — An 18-year-old woman and a juvenile are accused of sparking a fire at an abandoned home in Utah County on Saturday, according to the sheriff’s office.

One of the suspects was identified as 18-year-old Felecya Lee Paige, of Lakeshore. The other suspect has not been publicly identified due to her age.

Officials say the two were seen leaving an abandoned home on 4800 West in Lakeshore, east of Lincoln Beach, after dispatchers got a 911 call from a citizen reporting the home was on fire.

Firefighters from Spanish Fork and Salem were able to put the fire out, sheriff’s officials said, though the home was a total loss.

The Utah County Fire Marshal and a sheriff’s deputy were able to identify the two individuals seen leaving the home as Paige and the juvenile suspect.

Paige was booked into the Utah County jail on charges of arson and contributing to the delinquency of a minor. The juvenile is expected to face a misdemeanor charge of reckless burning.

After 6 Arrests and Almost 2 Months, Body Found and Identified as Missing Utah Woman