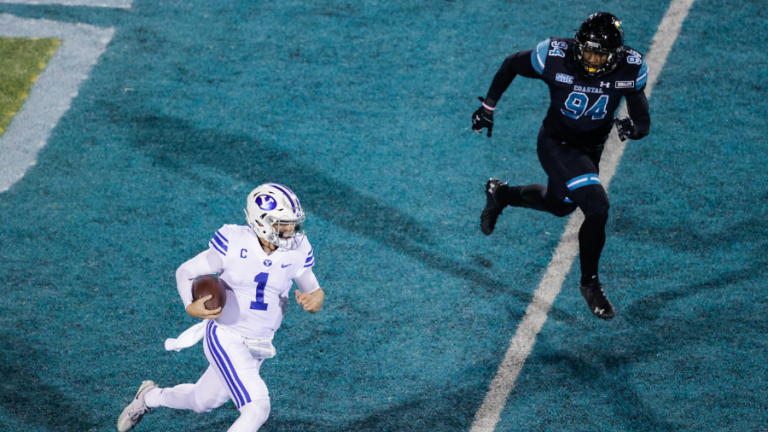 PROVO, Utah — There’s been a lot of time for Sione Finau to observe the offense provided during the 6-0 start by his teammates with the No. 11 BYU football team. Finau missed the first five games of the season while recovering from offseason knee surgery at the end of the 2019 season. The 5-foot-11, 185-pound sophomore from Kearns was the Cougars’ leading rusher during the eight games he played a year ago, when he averaged 6.1 yards per carry for 359 yards and two touchdowns as a redshirt freshmen prior to tearing his anterior cruciate ligament.

BYU/Gonzaga: How To Watch, Listen, Or Stream At Tip-Off