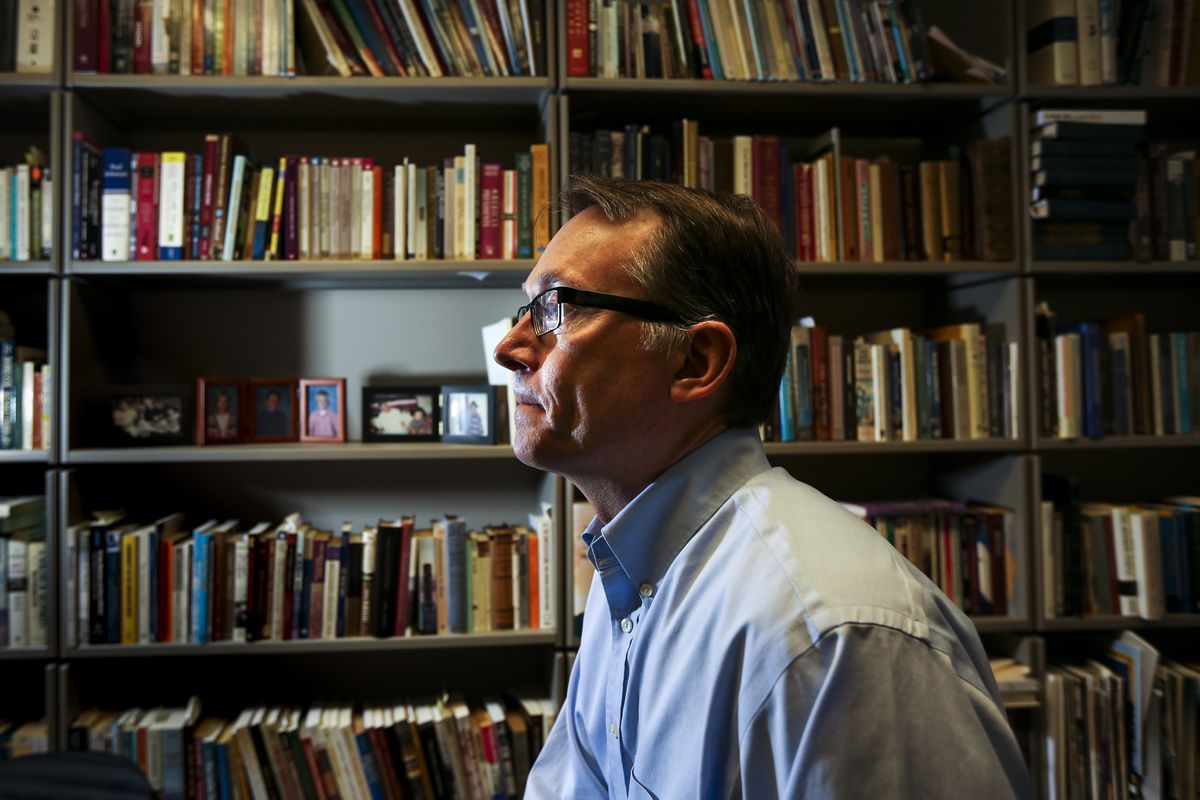 UTAH –  When he was writing his dissertation for his doctorate in history, Paul Reeve sat down with a faculty member to go over his first draft. This was the conversation:

Faculty member: “This sentence sounds like a hick from Hurricane wrote it.”

Reeve: “But I am a hick from Hurricane.”

Faculty member: “Well, you better not write like one.”

Reeve laughs at the memory, partly because he can afford to — he got his doctorate. And partly because, ever the historian, he’s a stickler for accuracy.

“I’m still a hick from Hurricane,” he says, pronouncing it “her-ih-cunn,” as the natives do in southern Utah. And if you want further proof, you could call his mother, Ruth, who still owns the family farm on the Arizona Strip Paul and his brother James grew up on, and who continues to live in Hurricane.

We’re all a product of our past, and that goes double for a University of Utah professor whose specialty is Utah history, Mormon history (he’s the Simmons Chair of Mormon Studies at the university), and the history of the American West.

W. Paul Reeve is the last person who’s about to forget where he came from.

If the name rings a bell, it’s because increasingly over the past decade Paul Reeve has become something of a celebrity historian — Utah’s version of David McCullough or Douglas Brinkley or Doris Kearns Goodwin. The kind of person whose cell number CNN, The Washington Post, the BBC, The New York Times, et al., keeps on file for when they want a comment and context on happenings related to Utah in general and, in particular, to The Church of Jesus Christ of Latter-day Saints. He is not a spokesperson for the church and comments from his academic, historian’s perspective.

When Mitt Romney was running for president, when the church published its essay on polygamy, when the LeBarons were gunned down in northern Mexico, when the Boy Scouts and the church parted ways, when questions about the church’s LGBTQ policy arise, and on and on — Paul Reeve is one of the experts they call.

It’s not hard to see why. He is a willing, pleasant and affable source, coming off as nonthreatening as he is knowledgeable; imagine Tom Hanks playing a college history professor.

Reeve is a believing, practicing Latter-day Saint, the faith he professes as strong today as a knowledgeable historian as when he was a 19-year-old missionary in Toronto and knew so much less.

“The more I learn the more I get invested in faith and less in dogma or certitude,” he says. “Ultimately my profession and my faith come together in the divinity of Jesus Christ. For me, he is the definitive historian.”

Utah Administers Over 46,000 Vaccines to Ring in New Year