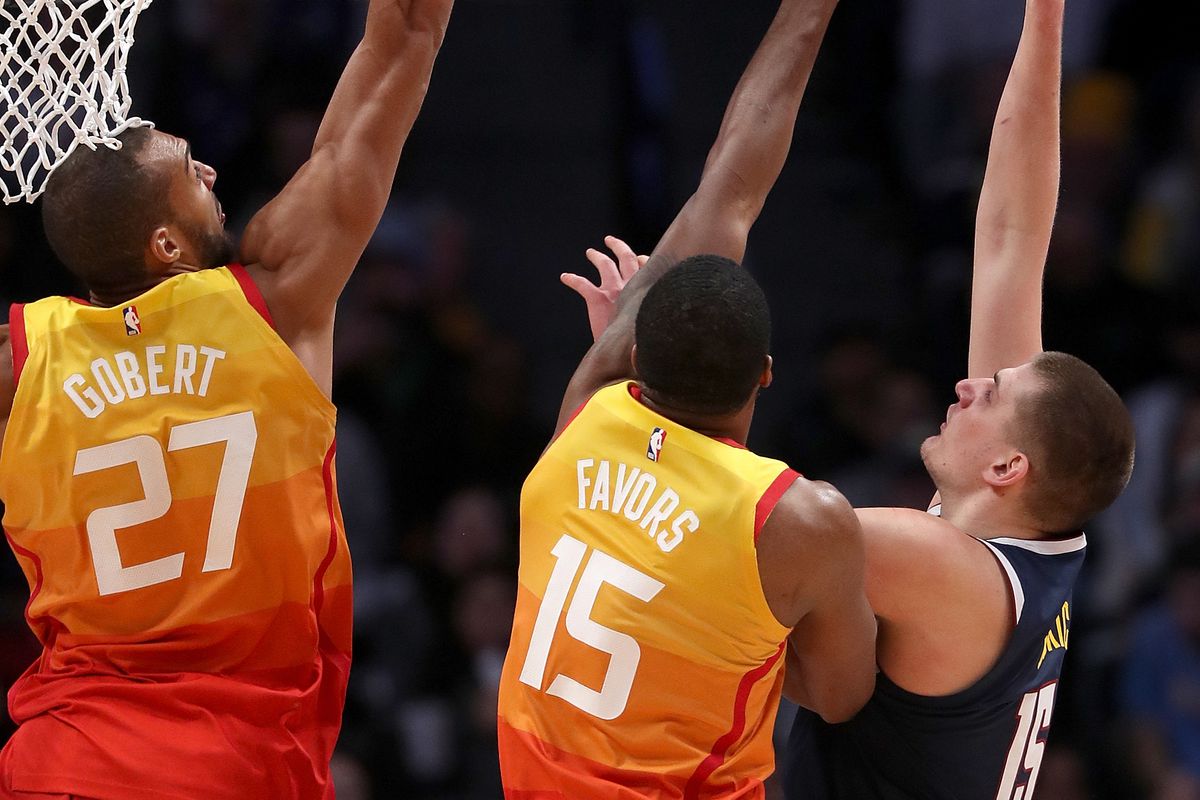 UTAH – The Utah Jazz doubled down this offseason on the strategy of elite center play for 48 minutes.

By signing Derrick Favors for three years after a brief stop in New Orleans and extending Rudy Gobert for an additional four years plus player option, the Utah Jazz are betting on this strategy being the difference for a first round exit team since Donovan Mitchell’s rookie season.

Through six games, the Jazz stand at 4-2. How have the centers fared? Naturally, Utah has a +9.6 Net Rating when Rudy is on the court. When he steps off and Derrick takes his place, Utah has a +5.9 Net Rating.

We’ve seen instances of Rudy in foul trouble, above average backup centers, and other situations where a Gobert-Favors combo as aided the Jazz. Though an incredibly small sample size, things are looking swell.

Such a strategy doesn’t come without a price, however. For the 2020-21 season, Utah is on the hook nearly $17.9M on average for their rotational centers. This number will skyrocket next season as Gobert’s extension kicks in.

The only team exceeding that rotational average (among players with 10K possession experience) is Cleveland, who is hoarding Love, Drummond, and Nance for asset collection purposes. Denver nearly matches Utah with Nikola Jokic and JaMychal Green on the books.

This begs the question. Do the Jazz have the best center talent in the league to justify such an expenditure?

There are dozens of perspectives to use when evaluating players. Many choose traditional counting stats (points, rebounds, blocks, etc.). Others might use film to present a qualitative case for talent. Every perspective is flawed to some extent, but not every approach focuses on the objective of the game.

Contrary to popular belief, the objective of the game of basketball IS NOT to score as many points as possible for each individual player; nor is the objective to amass any statistic at the individual level.

The goal is for the team to score more points than the opponent. This implies scoring and scoring prevention. It implies that the team should engineer the best route to points, from creating opportunities to scoring, from reducing opponent’s possessions to forcing inefficiency.

Given this goal, let’s focus on the effect players have on their TEAM through the lens of scoring and scoring prevention (offense and defense). We will use a calculation called “On/Off Ratings Swing” for offense and defense.

A +1.3 means that Team B scores 1.3 more points per 100 possessions with Player A than without him. Over a large sample size, that is indicative of Player A positively contributing to the goal of the sport.

The same situation applies to defense, though the goal is to reduce (or lower) the team’s defensive rating:

We often switch the signs (+/-) for the “Defensive Rating On/Off Swing” so that positive (+) means “better” (or accomplishing the objective).

We will use this methodology to evaluate rotational centers throughout the league since 2016-17. Our sample criteria is players who qualify as centers per NBA.com. We also require each center to have played a minimum of 10,000 possessions since the 2016-17 season.

With a large sample spanning four seasons, natural variance due to individual performance, lineups, coaching philosophies, injuries, etc., will have a very small impact on the results.

A big shoutout to PBP Stats, whose WOWY tool generated the data for this study.

22 players from our 47 player sample size project to have starter level minutes for the 2020-21 season. This implies that approximately 8 teams this season will not have a qualified starting center with 10,000+ possession experience.

The player with the highest “Offensive Rating On/Off Swing” since 2016-17 is Karl-Anthony Towns of Minnesota at +9.4. The worst player impacting their team’s offense is Tristan Thompson of Boston at -0.8.

The player with the highest “Defensive Rating On/Off Swing” since 2016-17 is Joel Embiid of Philadelphia at +5.9. The worst player impacting their team’s defense is Julius Randle of New York at -3.3.

Look below to find where each starter comes out in the offense and defense swings:

There are some general tiers identified from this list (no particular order):

*Embiid and Porzingis has vastly lower possession counts than those in their respective
tiers and surrounding tiers.

Though there is much debate about Rudy’s overall ranking, he’s likely in the top 3-4 of our sample.

25 players from our 47 player sample size project to have reserve level minutes for the 2020-21 season, many of which are on the same team as other reserves and starters.

The player with the highest “Offensive Rating On/Off Swing” since 2016-17 is Kevin Love of Cleveland at +4.9. The worst player impacting their team’s offense is Gorgui Dieng of Memphis at -3.7.

The player with the highest “Defensive Rating On/Off Swing” since 2016-17 is Derrick Favors of Utah at +2.0. The worst player impacting their team’s defense is Enes Kanter of Portland at -2.7.

Look below to find where each reserve comes out in the offense and defense swings:

There are some general tiers identified from this list (no particular order):

Utah DoorDash driver warns about scammers after getting his money stolen