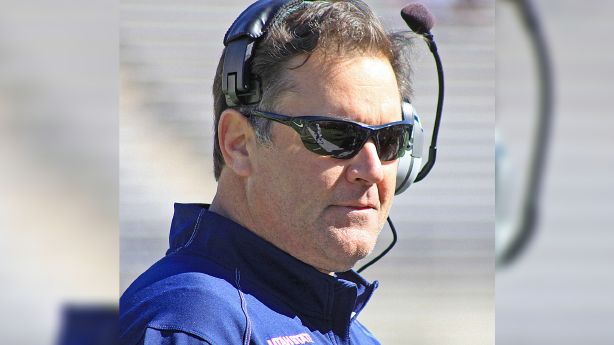 And the Cougars are bolstering the defense with it.

“I can’t express how excited I am to join Coach Sitake and the rest of the staff for the 2021 season,” Clune said in a statement. “I am honored by the opportunity to be a part of the BYU tradition and to work with these student-athletes. Coach Sitake has assembled a team of tremendous young men, and I look forward to helping build on last year’s success as we move forward to next season.”

“I’m excited to announce Kevin Clune is joining our defensive staff,” Sitake said in a statement from the university. “I have known Kevin my entire coaching career. He is a great person and an outstanding coach with a ton of experience, both as a position coach and as a coordinator. With his experience and expertise, Kevin is a great addition to our defensive room working with Coach Tuiaki, Coach Lamb and our defensive staff as we build on our past successes.”

Replacing Grimes with a defensive assistant was always expected. The Cougars could still add another assistant coach following Sitake’s breakout 11-1 season that included a No. 11 national ranking. That hire is expected to be an offensive line coach.

Clune returns to Utah with 28 years of experience, including 10 as a defensive coordinator. He reunites with Sitake following a one-year spell together on Gary Andersen’s staff at Oregon State, and has also coached locally at Utah, Utah State, Weber State and Southern Utah for a total of 15 years.

He previously worked as a defensive coordinator at Oregon State, Utah State, Weber State and Hawaii. That experience could come in handy, as Tuiaki was reportedly a candidate to succeed Jeff Choate as head coach at Montana State, according to Skyline Sports.

Clune, a native of Monterey, California, most recently served as Mike Norvell’s linebackers coach at Memphis, helping the Tigers to 12-2 season and New Year’s Six bowl bid in 2019. Clune spent the 2020 season in a non-field coaching role at BYU, where he served as a defensive analyst. The Cougars finished the 2020 season ranked No. 11 nationally with an 11-1 record, including the No. 4 scoring defense and No. 10 total defense in the Football Bowl Subdivision.

A former player at Fullerton Junior College and the University of San Diego, Clune’s first Division I job came as defensive line coach at Utah in 2001.