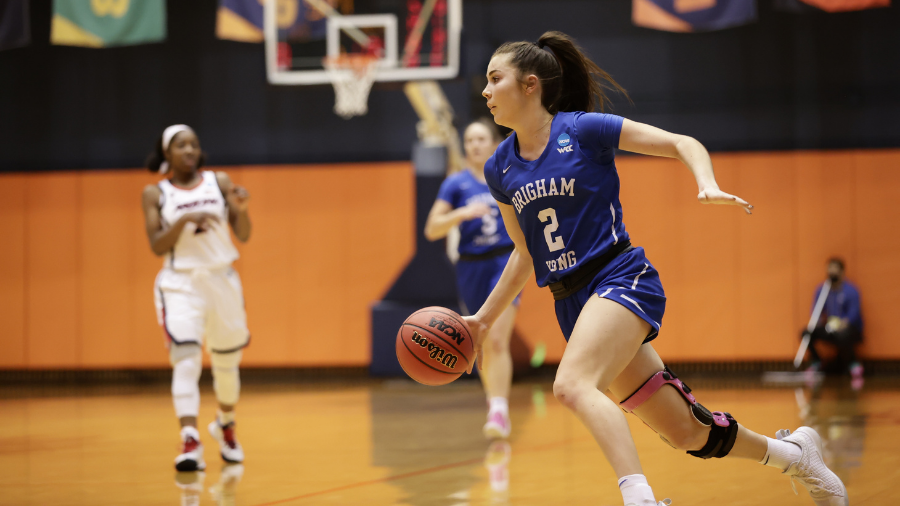 PROVO, Utah – In only her second year playing in her college career, BYU guard Shaylee Gonzales has already reached the 1,000-point mark in her career.

Gonzales reached the 1,000-point milestone after knocking down two free throws late in the second quarter of an NCAA Tournament game against 3-seed Arizona.

The 5-foot-10 guard from Arizona becomes the 31st player in BYU women’s basketball history to reach the 1,000-point club. She joins Paisley Harding on this year’s BYU team to reach 1,000 career points.

BYU coach Jeff Judkins compared Shaylee Gonzales’s impact on BYU women’s hoops to that of Utah Jazz star Donovan Mitchell. Last season, Gonzales missed the entire year due to a season-ending ACL injury. She has a goal of playing all four of her years during her BYU career in the NCAA Tournament. Gonzales is halfway to that goal.

The all-time leading scorer in BYU women’s basketball history is Tina Gunn Robison. Gunn Robison has her jersey hanging in the Marriott Center rafters. She ended her BYU career in 1980 with 2,759 career points. Through her first two seasons, Gonzales is outpacing the BYU legend. Robison in her first two years had 928 points.