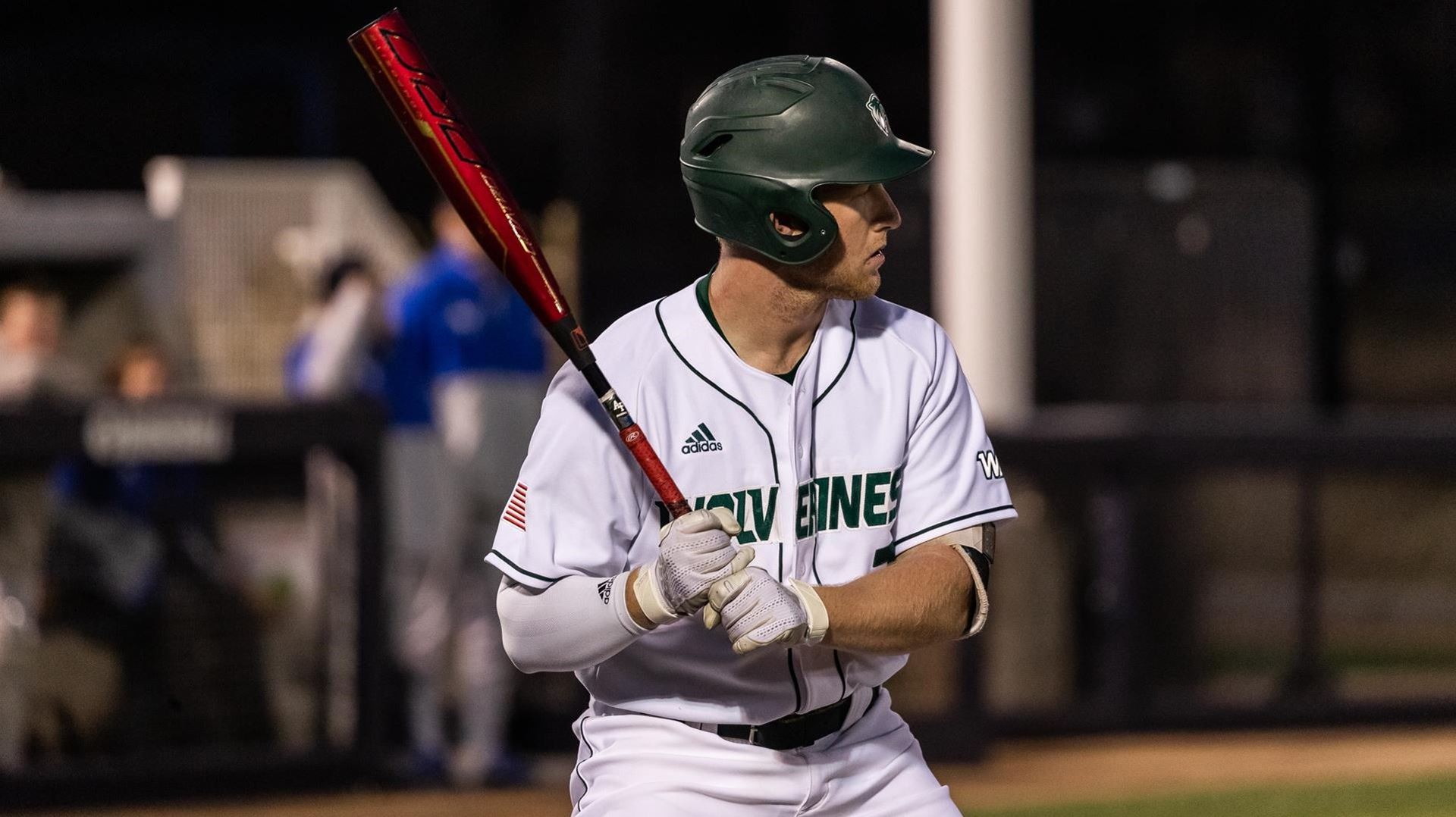 PROVO, Utah – For a few brief moments, it seemed as if Utah Valley’s 13-game losing streak would come to an end against the Brigham Young Cougars in Provo on Tuesday night. After trailing early, a four-run sixth inning brought the Wolverines back within one run, but the Cougars fought back with a run in the sixth and three more in the eighth.

UVU added one more run in the top of the ninth but ultimately fell to BYU 11-7. The Wolverines season record now sits at 2-14, while BYU improved to 7-11.

Right-hander Jaxson Otis got the start for UVU and gave up a lead-off double to BYU’s Andrew Pintar. Pintar advanced to third on a groundout and was driven in by a single. Otis escaped the inning without any further damage by forcing a double play.

In the bottom of the second, Otis recorded two outs before things got out of hand for the Wolverines. BYU third baseman Peyton Cole drove in a run with a single to right field, and Pintar drove one into the gap in right for a two-run triple on the next at-bat.

Head coach Eric Madsen went to the bullpen after only an inning and two-thirds, bringing in leftie Cole Yocum — who gave up a two-run home run to the first batter he faced. Yocum tightened things up, though, and got through the rest of the inning unscathed. Unfortunately, the damage was already done — UVU trailed 6-0 through two.

Carson Brown relieved Yocum with two outs in the bottom of the third and pitched an admirable 2.1 innings, during which he allowed only one hit and one earned run.

Catcher Drew Sims notched a lead-off double for the Wolverines in the top of the fourth and scored the team’s first run of the night after advancing to home on a wild pitch. Right fielder Xander Marco hit an RBI double in the fifth, driving in second baseman Mitch Moralez to cut the score to 7-2.

Designated hitter Pacen Hayes kicked off UVU’s explosive sixth inning with a solo shot to left center, followed by an RBI double by center fielder Andrew Hacker. Marco and Moralez each added another RBI in the inning — as the team had four runs, five hits and left one man on base.

After drawing the game within one, the Wolverines allowed another run and trailed 8-6 at the end of the sixth.

UVU’s batters went down in order in the top half of the seventh with a pair of swinging strikeouts and a groundout. BYU put one man on base in the bottom of the seventh, then brought in Hunter Swapp as a pinch runner. Swapp promptly stole second base and attempted to take third during the next play. Swapp took the bag cleanly, as the throw to third baseman Mick Madsen was high, but Madsen acted as though the throw had gone over his head and into left field. When Swapp stepped off the bag to run home on what he presumed was an error, Madsen quickly applied the tag, making the perplexed baserunner the second out of the inning.

‘We made huge strides’: BYU won’t wrap up spring football camp Friday with a game, but Kalani Sitake pleased with team’s progress